A few weeks ago I went to Paris to photograph a male model (photos to come). I decided to make it more of an adventure on a personal level by taking our eight year old daughter along for her first ever trip to Paris. Her two elder brothers have been before so this time it was a 'girls outing'. I'm lucky enough that my cousin lives in Paris so we were able to stay with her and she looked after my daughter whilst I went 'to work' for the photo-shoot so this is the story behind the personal side of the trip.

Why black & white photos you may ask? Paris was, from time to time, very 'full'. Full of people, and very 'busy' visually. On looking at these photos on my computer I felt it would be easier 'to see' by taking away the colours which were sometimes distracting. I will present some of the photos individually in colour on my facebook page so feel free to follow me there if you don't already. This blog isn't about pretty dresses, perfect hairdos and posed photos. It's just me capturing our trip to create memories for our daughter.

My daughter had only been on a train once before, so the trip from Villedieu-les-Poêles in Normandie into Montparnasse was already a fun way to start the adventure. I've already caught the train into Paris but I'm always pleasantly surprised by the modern and clean trains and by the friendliness of both passengers and staff on board. 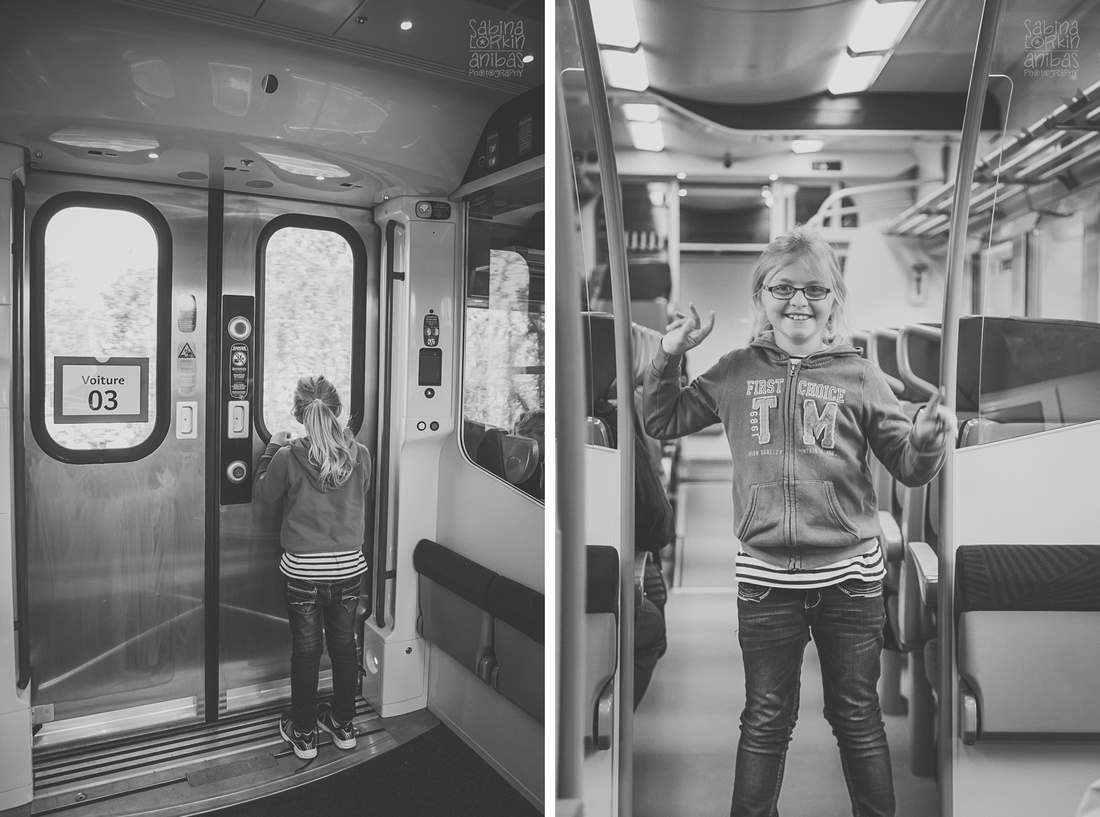 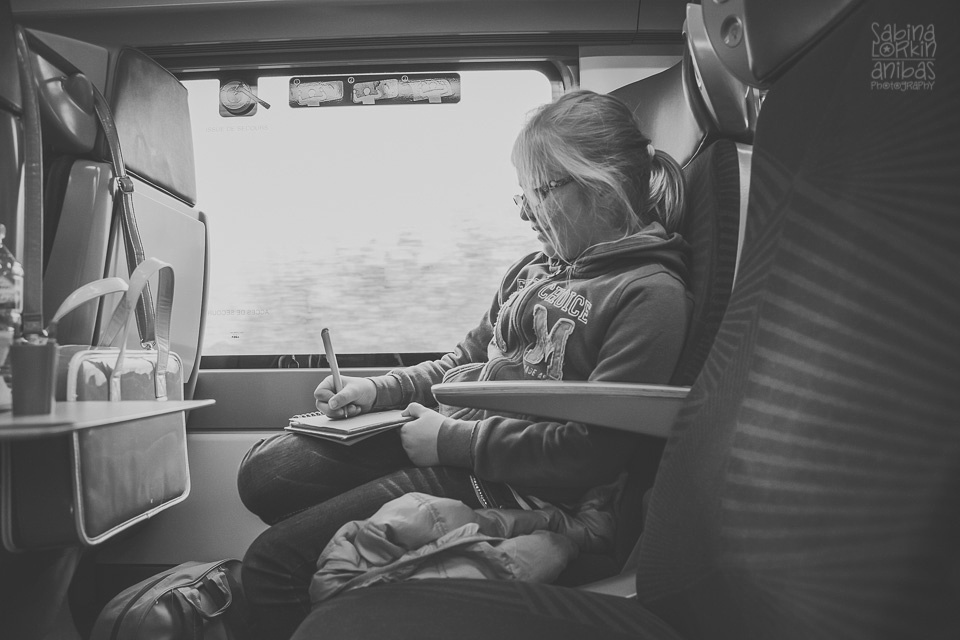 With her little bag packed with activities, she kept herself occupied during the journey along with us chatting together as to what to expect during our trip to the capital. 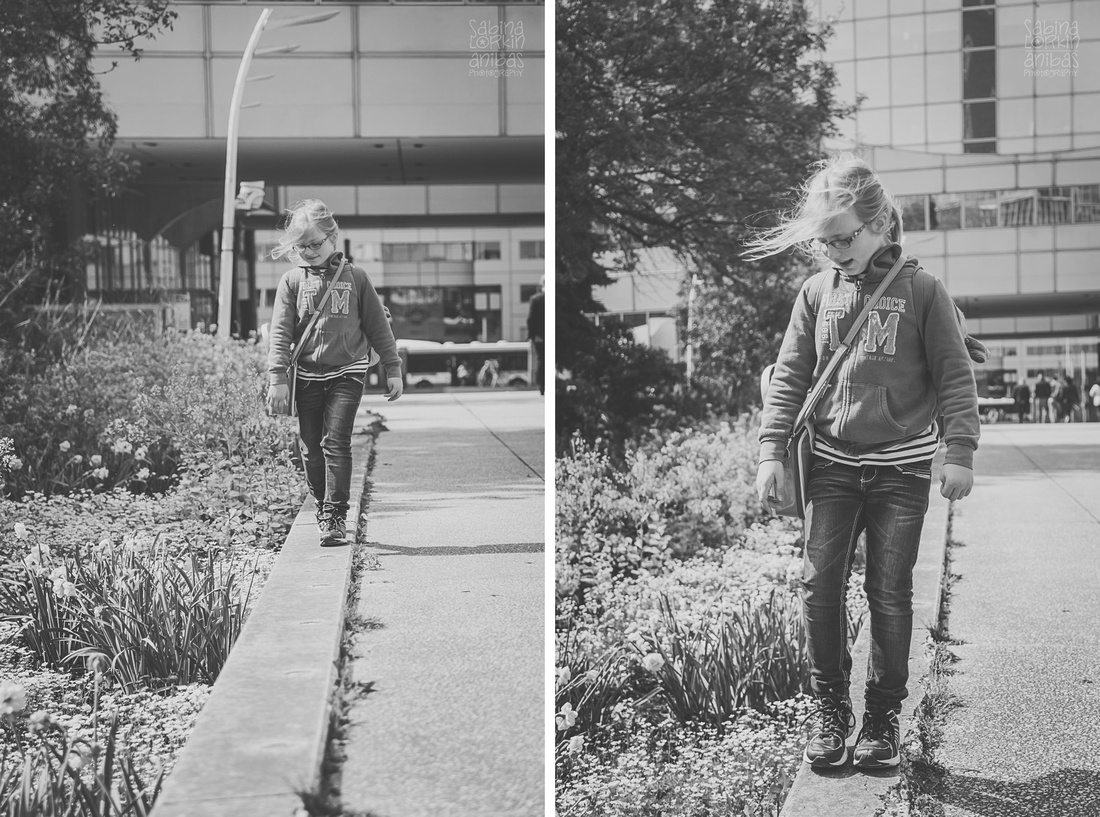 We arrived at lunchtime and had the whole afternoon to discover Paris together just the two of us. Of course I felt I should show her some of the unmissable landmarks but I also wanted to show her some of the more unknown places so she could discover the 'beautiful' Paris as well as the 'tourist filled' Paris. 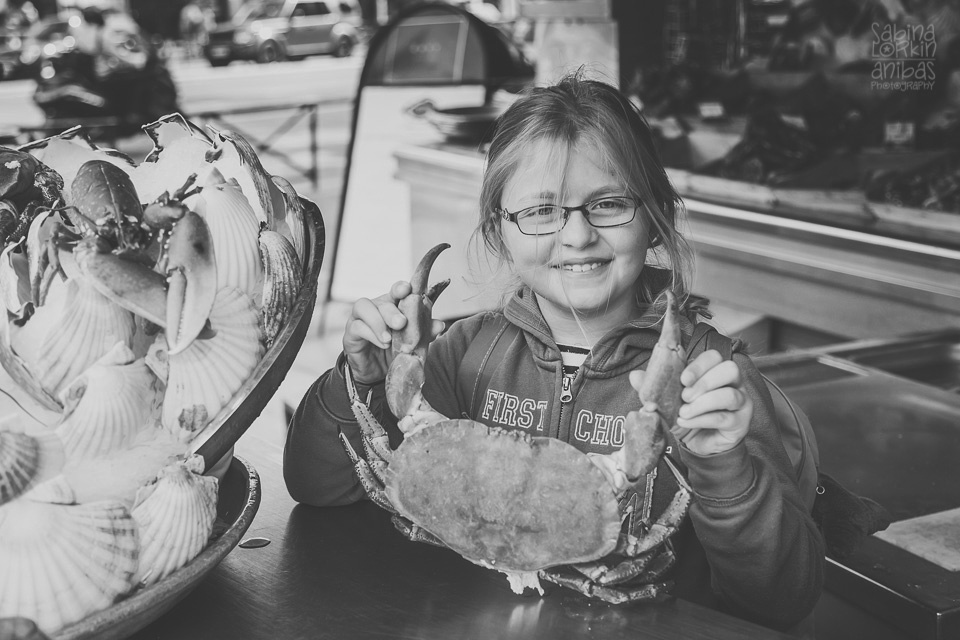 We came across, quite by accident, this amazing restaurant that had ready-prepared seafood platters for sale, out in the open. I asked if I might photograph one of these amazing platters and the man immediately called my daughter to go behind the counter, where upon he took this enormous crab from one of the displays and gave it her to hold for me to take the photo. It was a wonderful and friendly welcome to Paris from a lovely man. 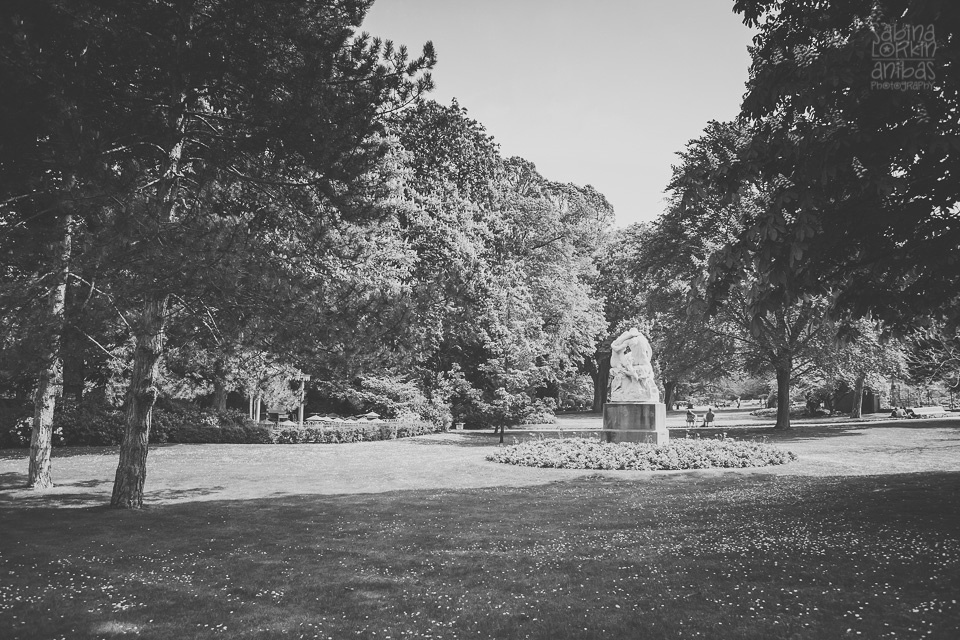 We walked north-east from the station to find the beautiful 'Jardins de Luxembourg' (The Luxembourg Gardens) and its Palace. 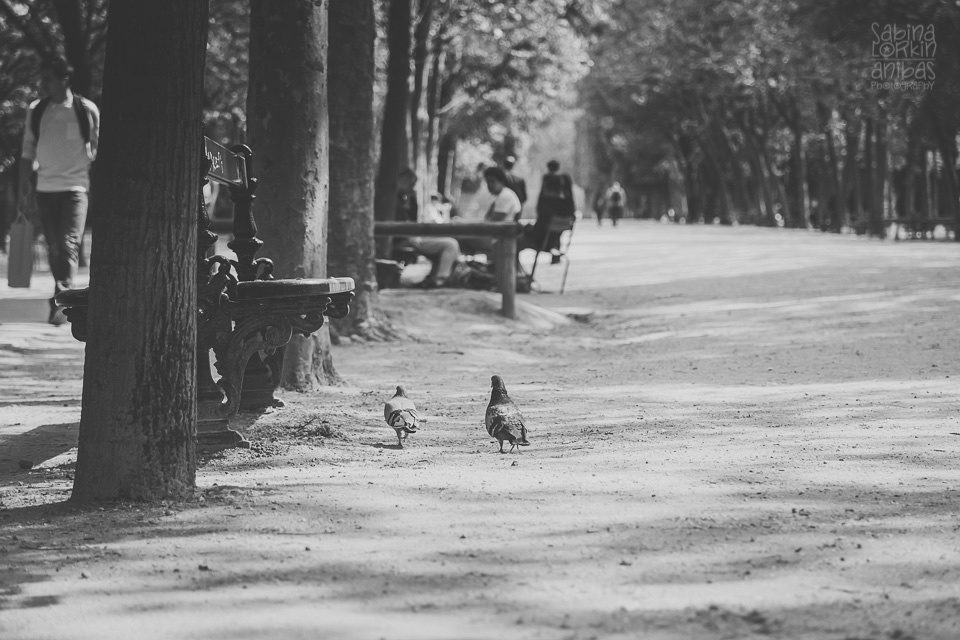 "It doesn't feel like we're in a city Mummy". 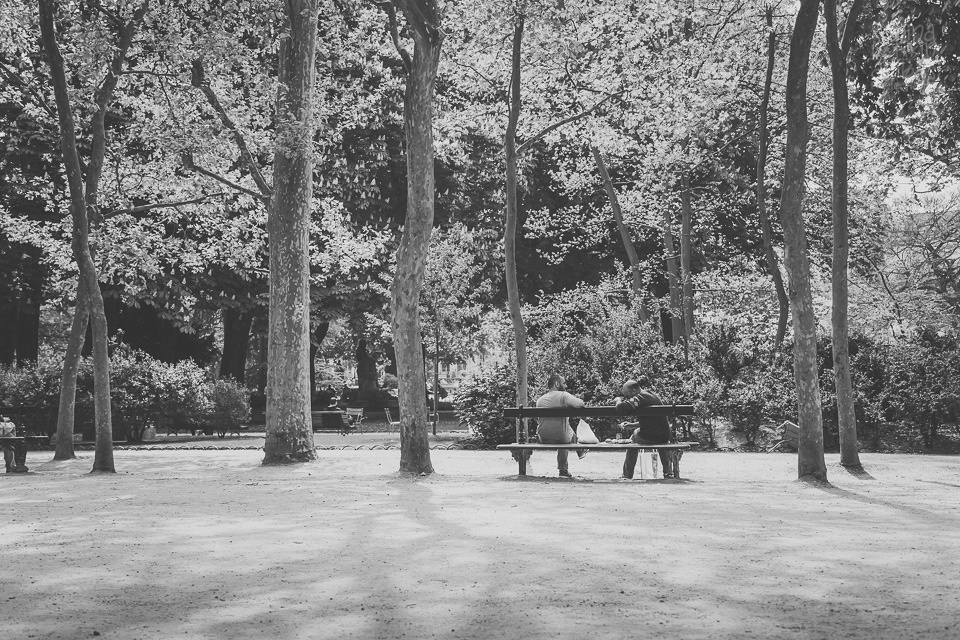 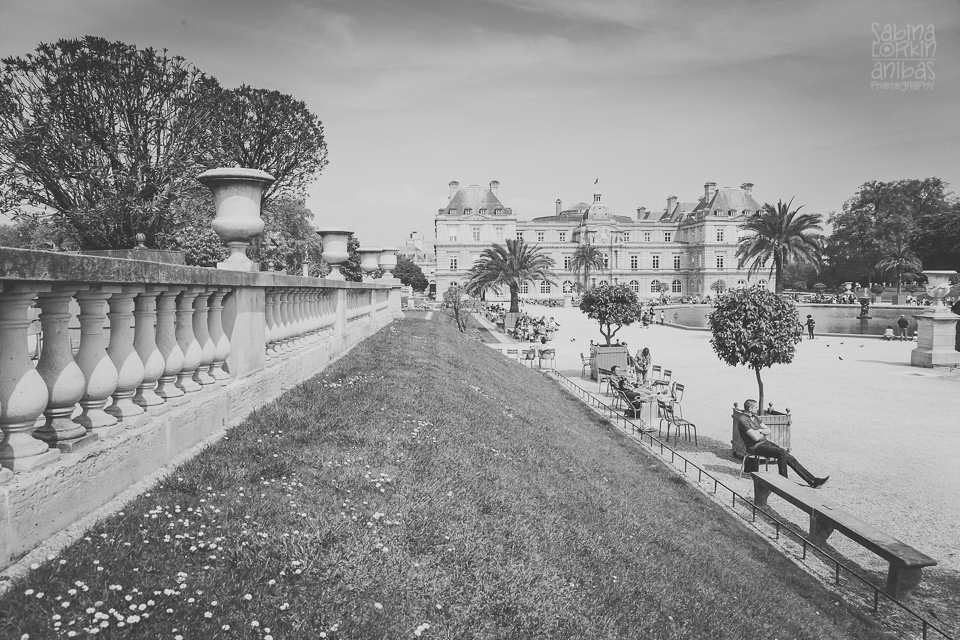 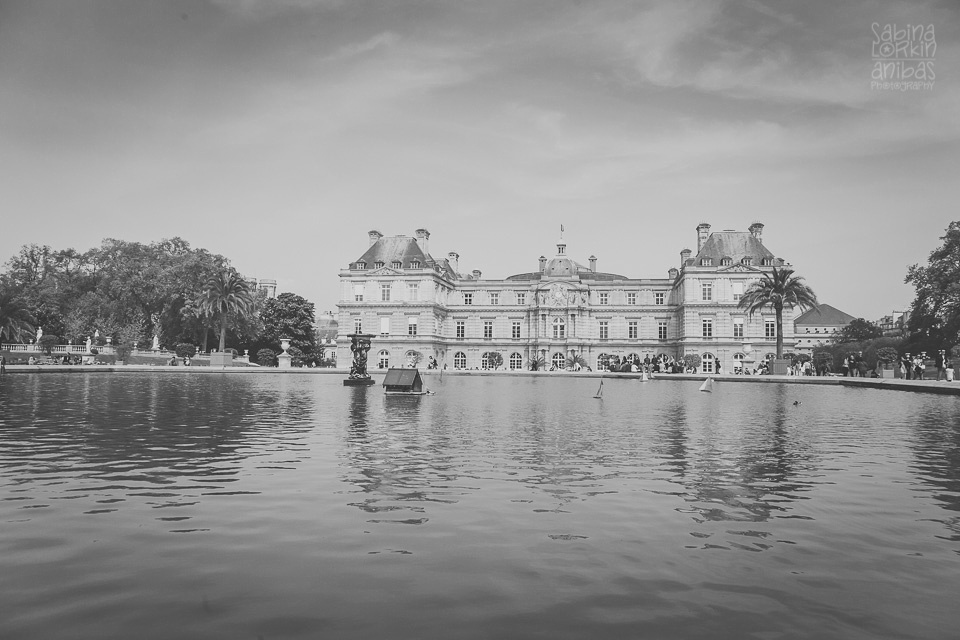 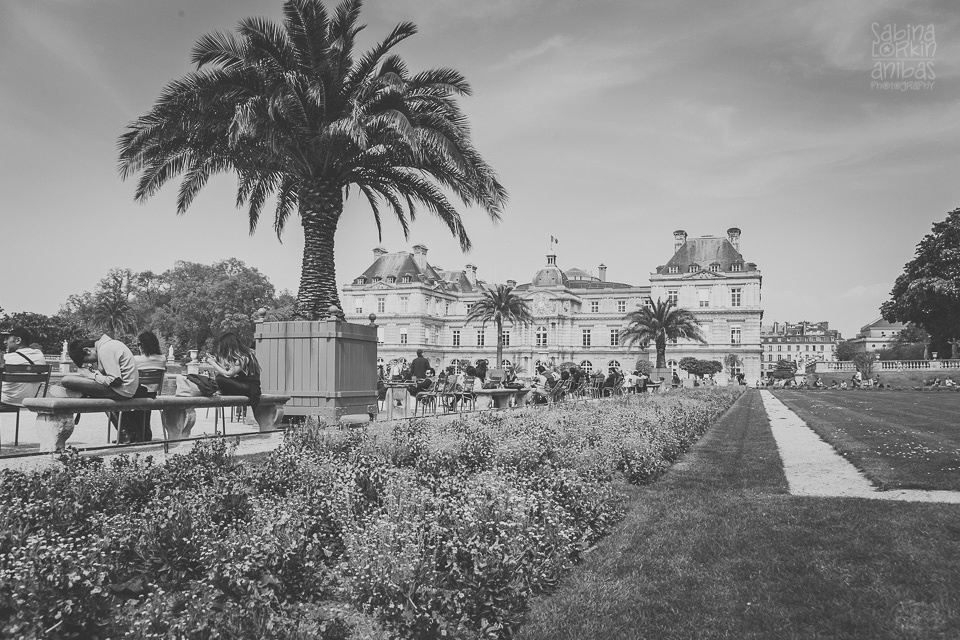 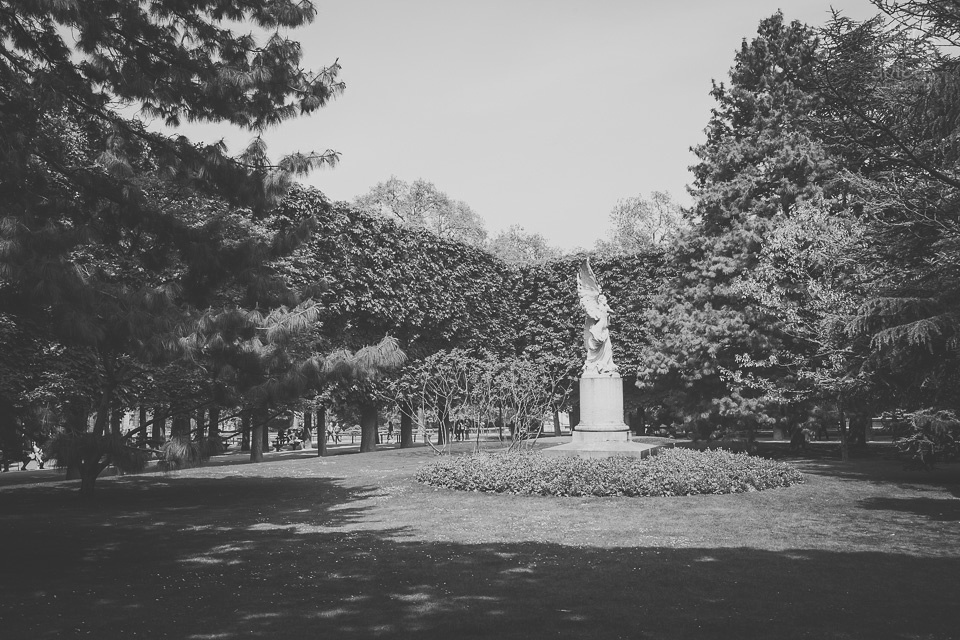 As the little legs were getting tired because we were carrying our bags with us, we jumped on the Metro to take a short cut to our next destination. I asked her to stand still as the train came in so that I could capture a long exposure image showing the movement of the train. I've been wanting to do this since I saw images like this captured on the New York Subway so I grabbed the opportunity a couple of times during our weekend. 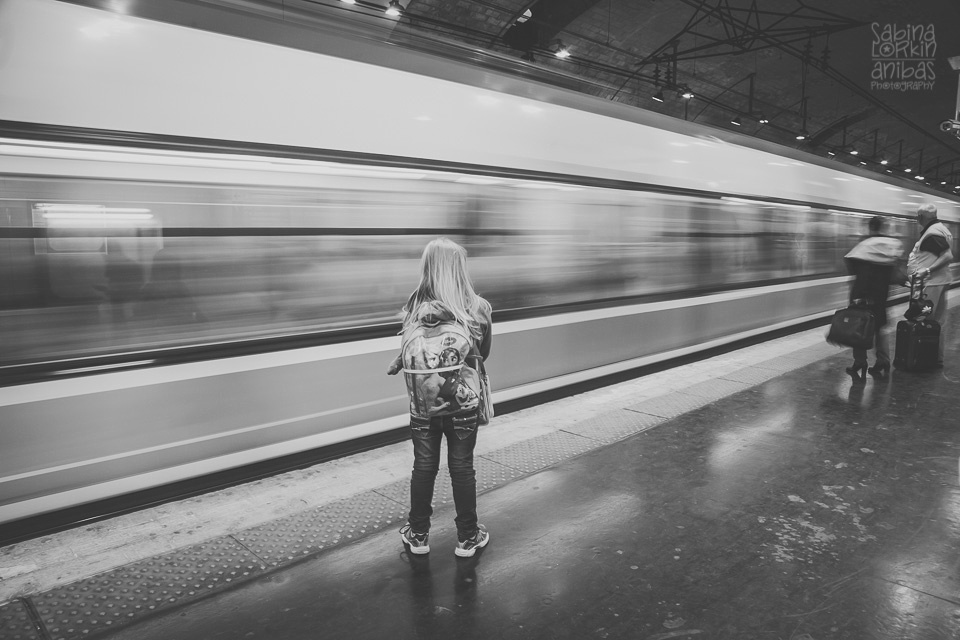 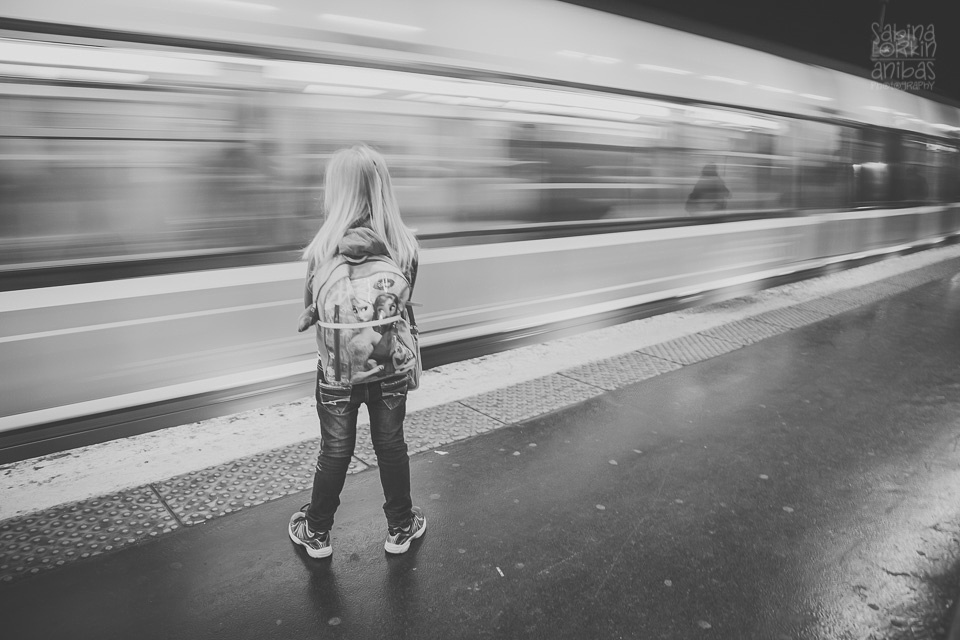 You forget that even escalators are fun when you're eight years old and you've never tried them before. 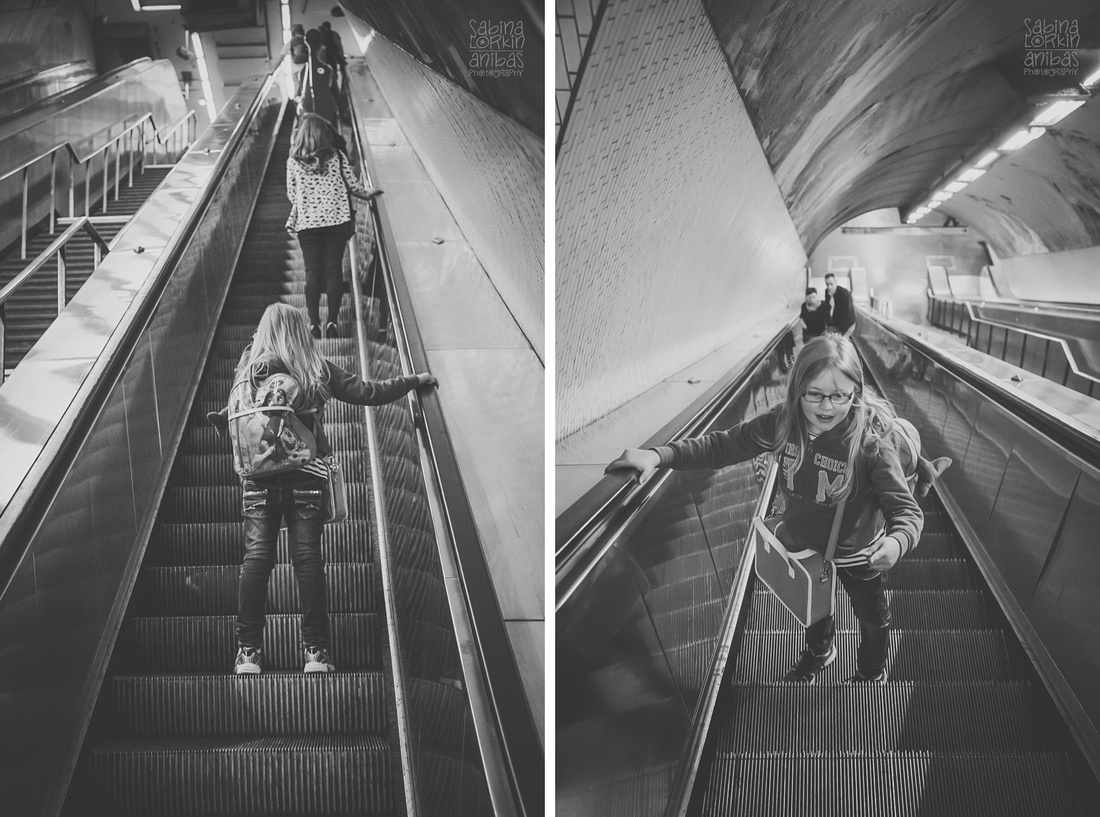 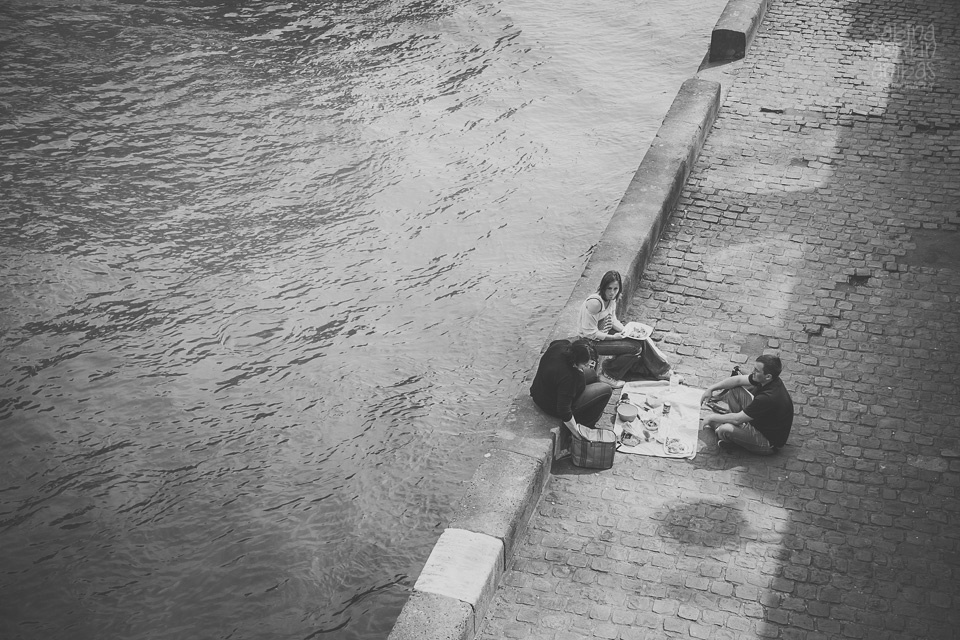 This was our next stop "Point Zero". I'd discovered on a great website about the more obscure things to look out for in Paris that there is a mark that is considered to be the very centre of Paris. It's actually just in front of the Notre Dame Cathedral and it took us five minutes and me having to ask a policemen where it was, before we found it as there were so many tourists visiting and a queue of people were actually standing on it! 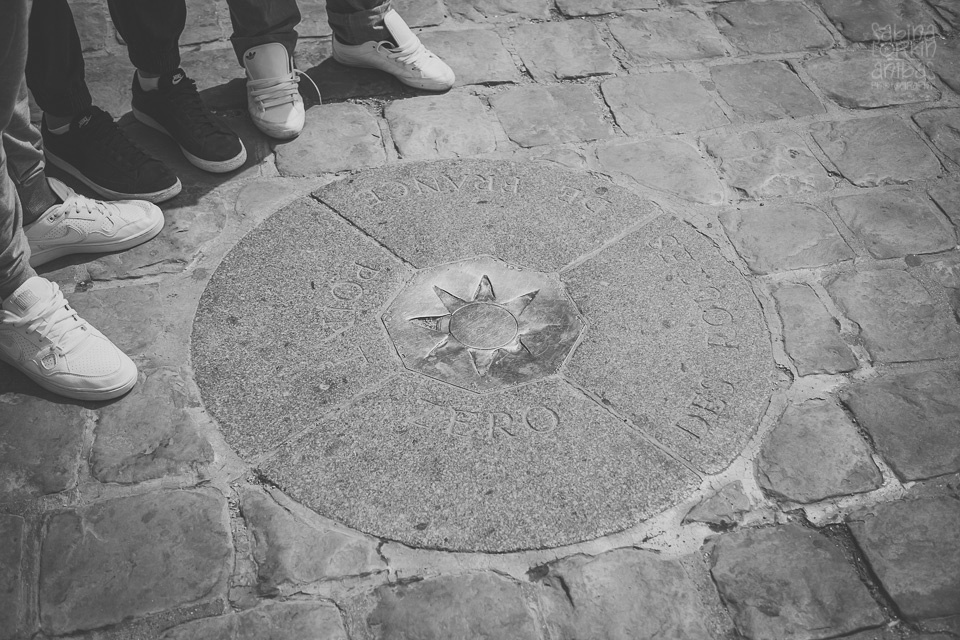 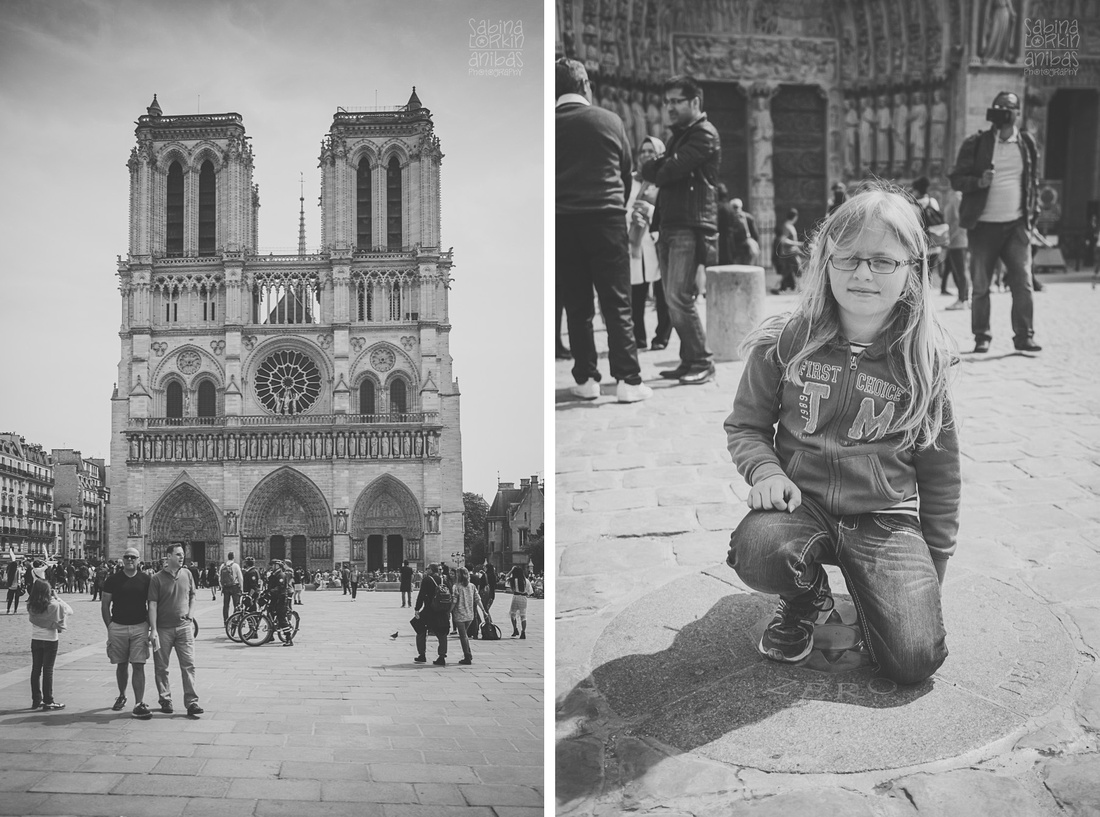 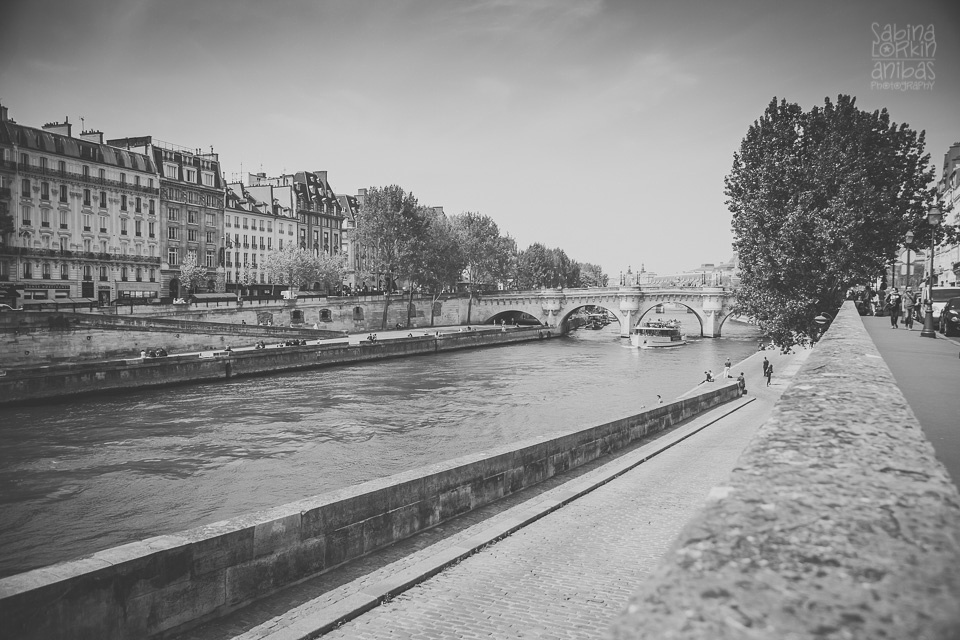 We then walked along the banks of the Seine, passing this bridge 'Le Pont Neuf' to find the famous bridge 'Le Pont des Arts' with all the love locks. I'd seen in the news that part of the railing had collapsed and that all the padlocks are likely to be removed so I wanted to discover it and show it to our daughter before it disappeared entirely. 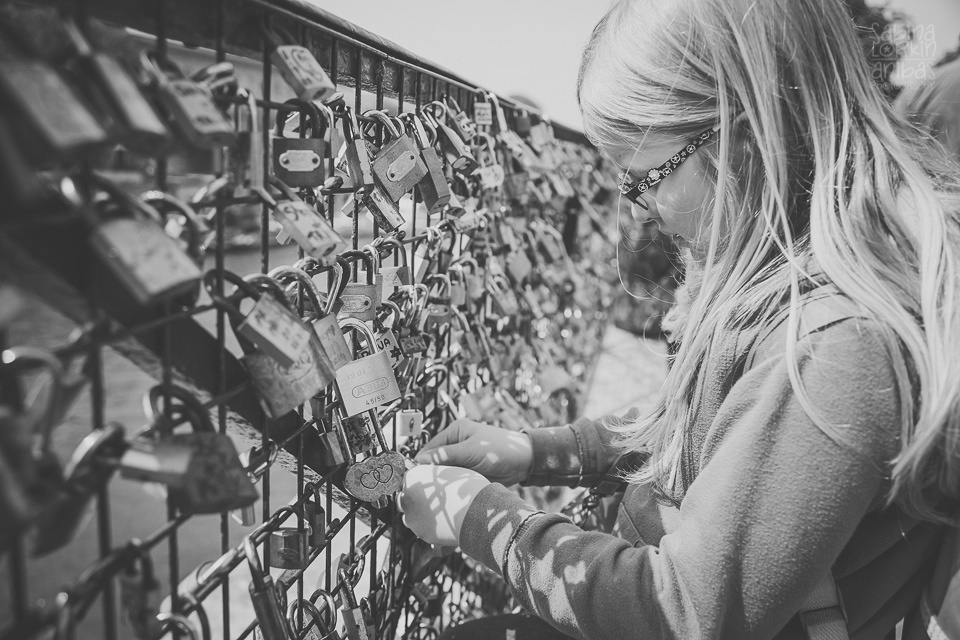 She was fascinated by the idea of thousands of people marking their names and attaching their padlocks to the bridge railings. 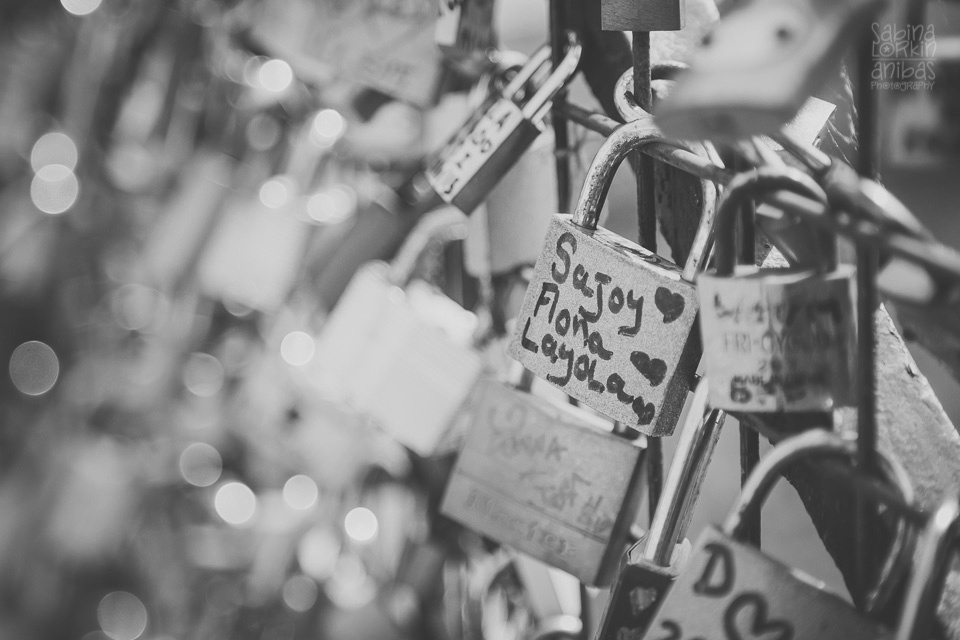 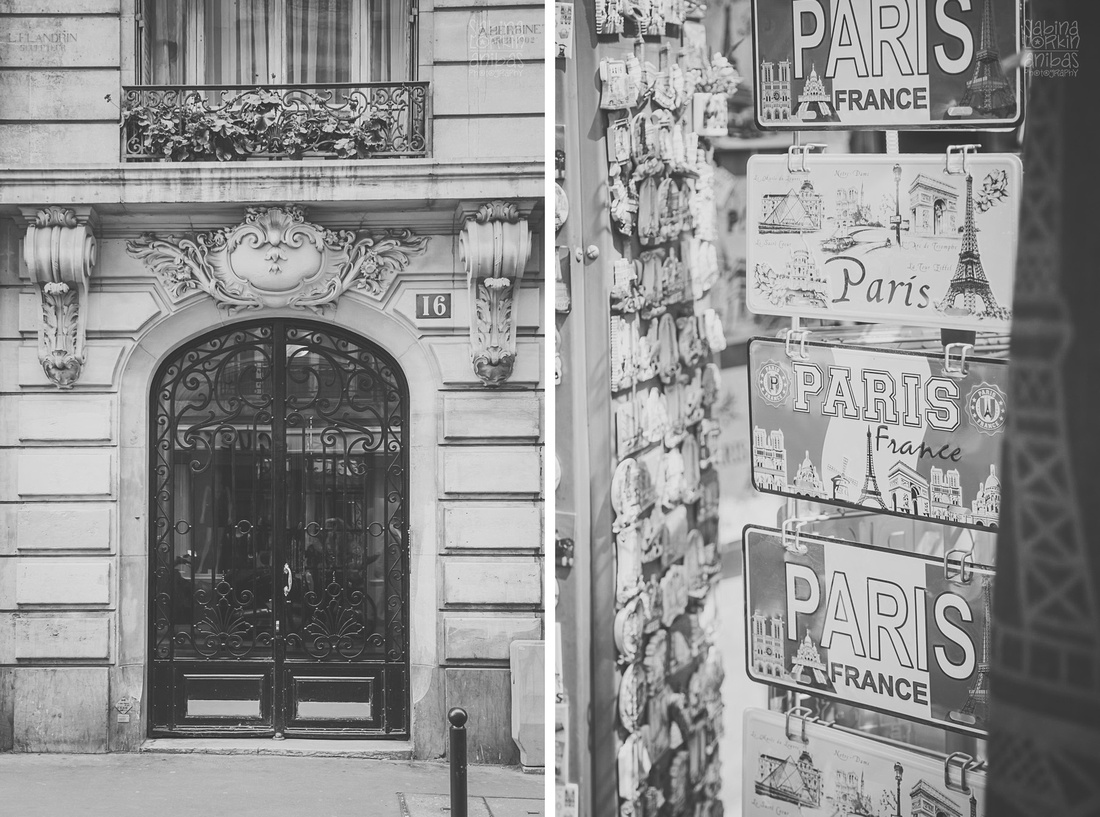 Next stop... The one and only Eiffel Tower. She'd seen photos and saw it in the distance earlier in the day but as we actually approached it... "Wow! I didn't realise it was going to be that big Mummy". 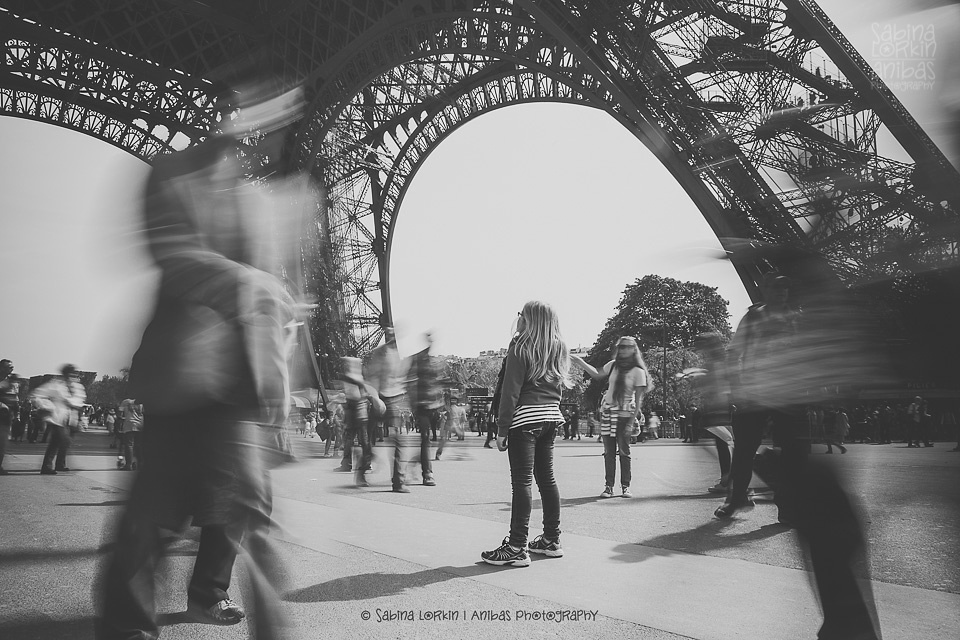 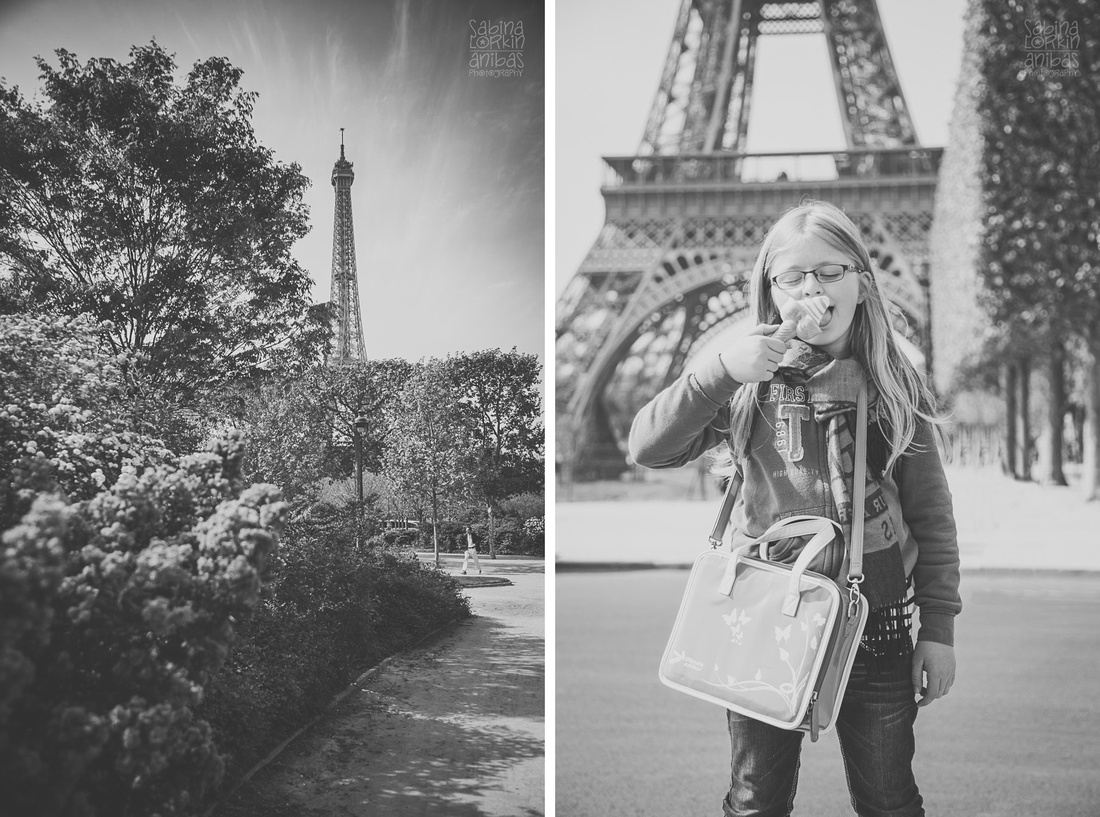 Time for a treat to hopefully give a little energy boost. 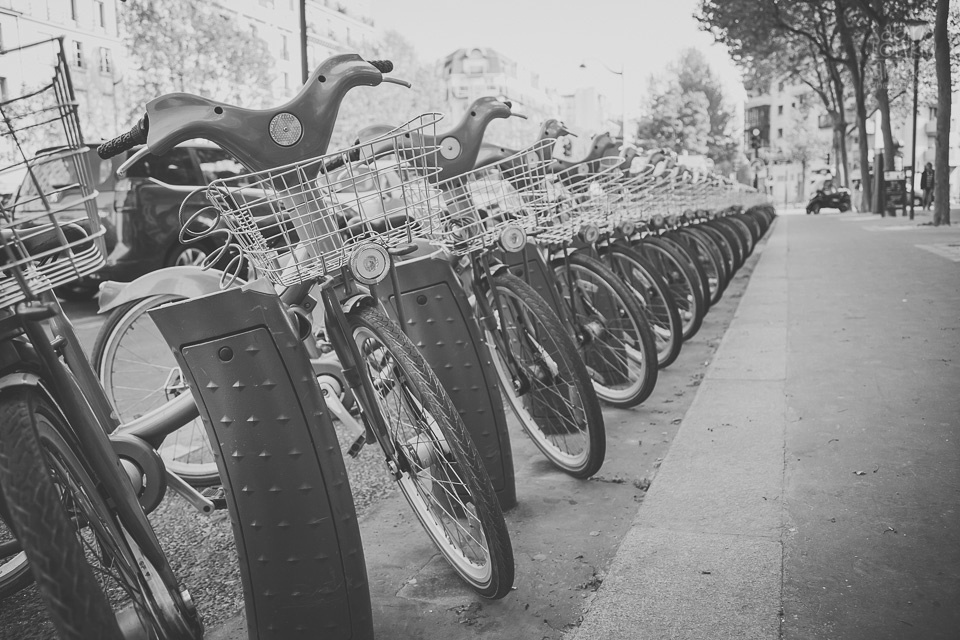 She couldn't quite believe all the bikes lined up that the Paris residents hire to get around the city and she loved the idea that there are also small electric cars to hire too (The Autolib). My cousin and her family use both all the time, rarely use the Metro and have now sold their car so it must work. 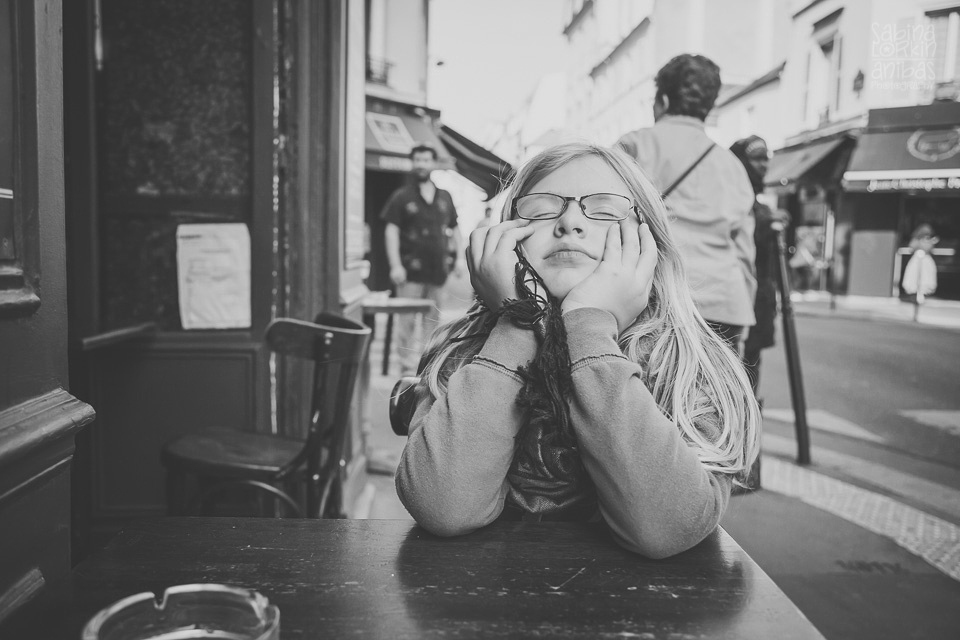 Well that's it, someone has run out of energy! We made our way to my cousin's 'appartement' about 30 minutes before she was due to arrive home from work so we found the closest café and sat down for a well earned rest and a drink. 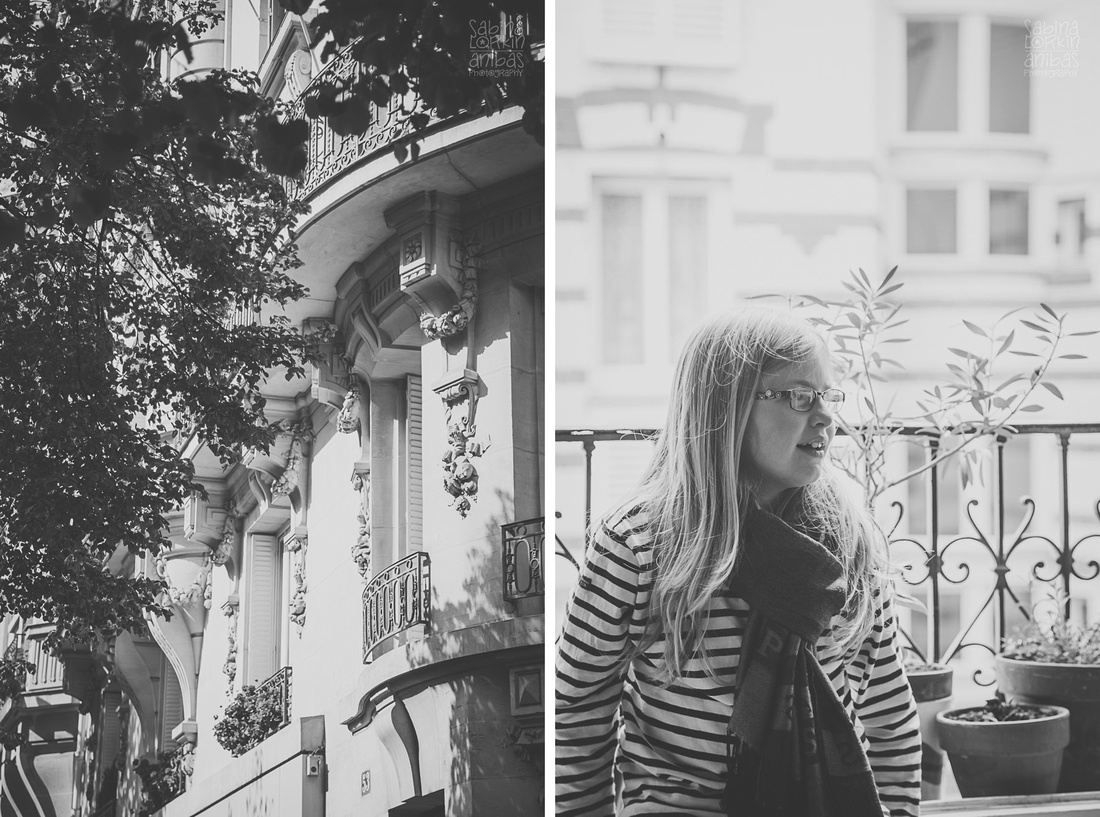 It was great to get to the apartment, see my cousin and relax over a home cooked supper, planning the rest of our short stay.

In part two (coming soon) : The Jardin des Plantes, the zoo, Mint tea and Lebanese lunch, Sacré Coeur (and all those steps!) and 'time to go home'
If you're interested in my photography for either lifestyle portrait photos of your family or for capturing your event for commercial photography please contact me for more information.
« Previous Post Next Post »