This is one of photographic projects that I'm most proud of this year. I don't mean that in a bigheaded way about my photos I mean that I was honoured and privileged to be invited to photograph one of the official ceremonies on June 6 to commemorate the 70th anniversary of D-Day by the orchestra that played the music at Omaha Beach - Saint-Laurent-sur-Mer. The orchestra had travelled to Normandy to attend several events and visit some of the places that are important to them and their families to remember the Second World War.

What made this event even more special for me was that the conductor was Colonel Gabriel and he landed at Omaha beach himself as part of the D-Day landings and it was the first time since 1944 that he had returned to Normandy .

Before the concert the organisers of the Orchestre had let me know  that the Colonel wanted to approach the beach on his arrival for a few quiet moments of reflection to see the cliffs (off to the west) where he arrived 70 previously. I discreetly hand back  and then when I presented myself to him a few minutes later, he looked at me with a big smile and said, humbly. "I landed there" a few hundred metres away. It was one of many times I had a lump in my throat and had to fight against tears when the stirring and emotional music was magnificently played by the band. 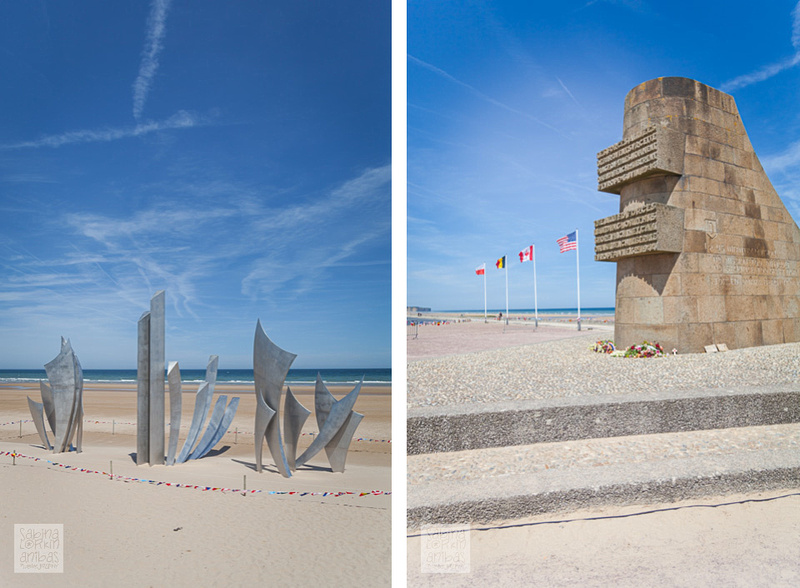 Before the concert I also had the pleausre to meet members of the present day American 1st Infantry Division (The Big Red One) who had come to take part in the cemermony. I also met members of the US Army band who came to visit the beach and memorial having just played at the American Cemetery Ceremony with Barack Obama and the other dignitaries and veterans. 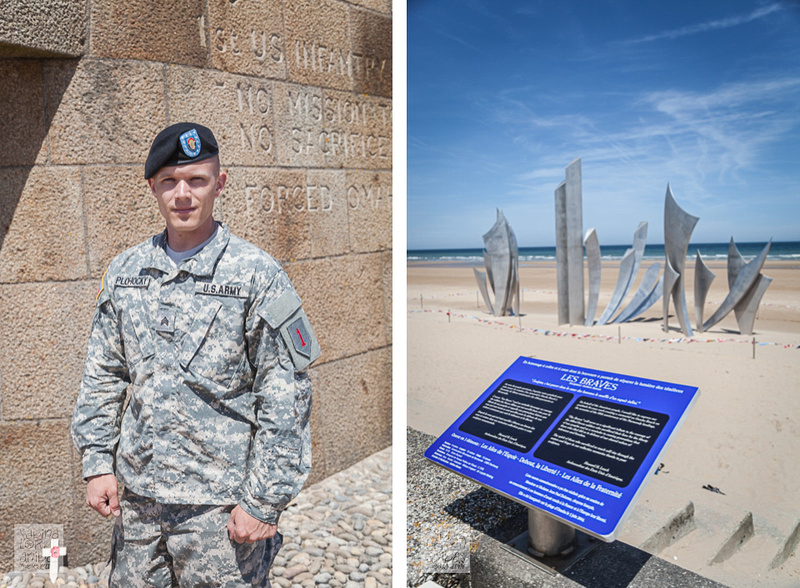 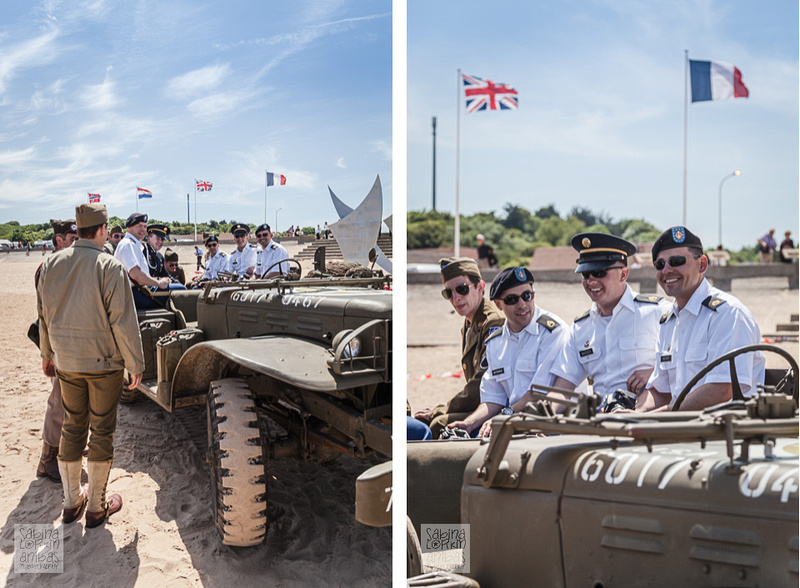 This is the moment the chief of the 1st Infantry division was explaining exactly how their predecessors had landed right there on that beach 70 years ago and how they managed to advance. 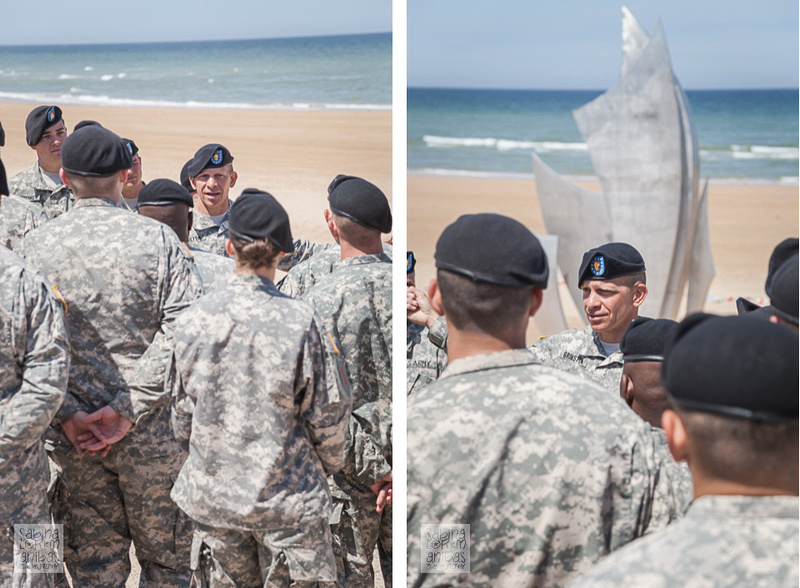 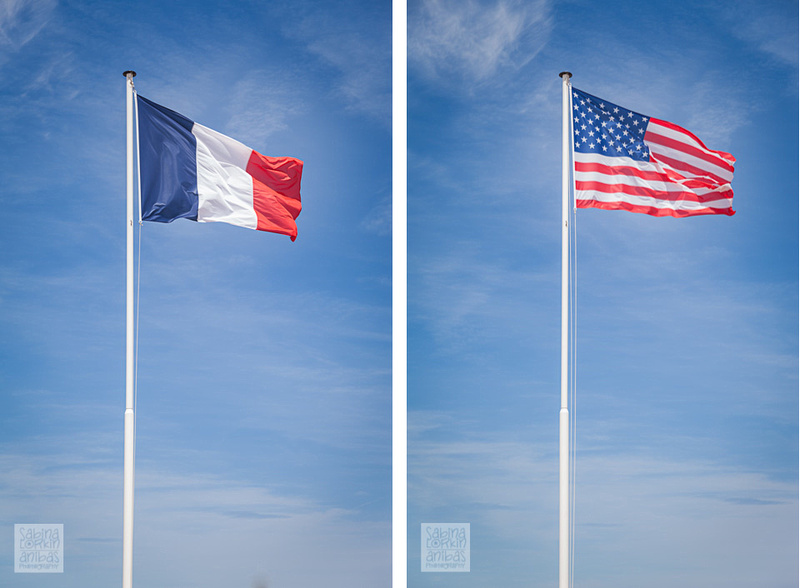 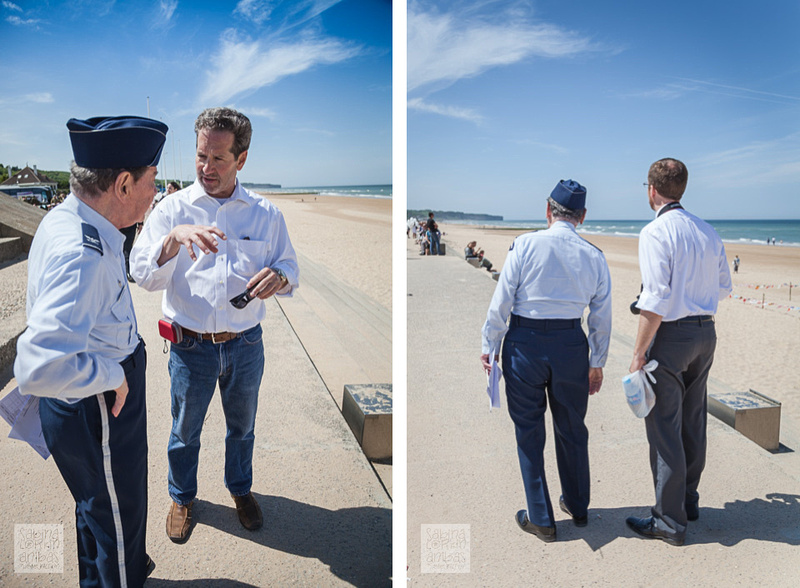 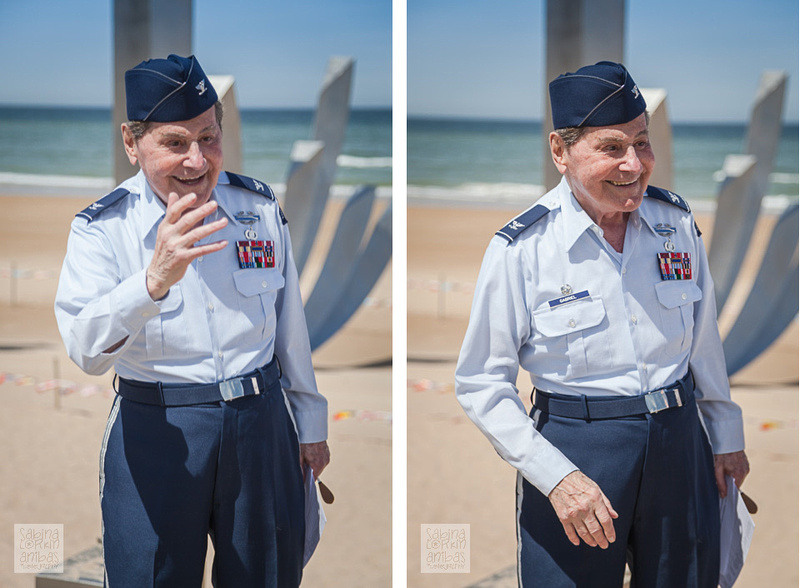 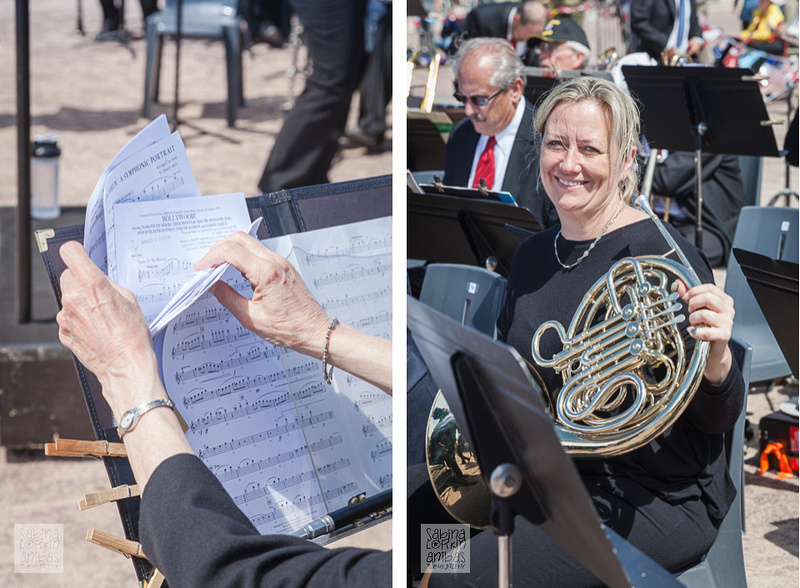 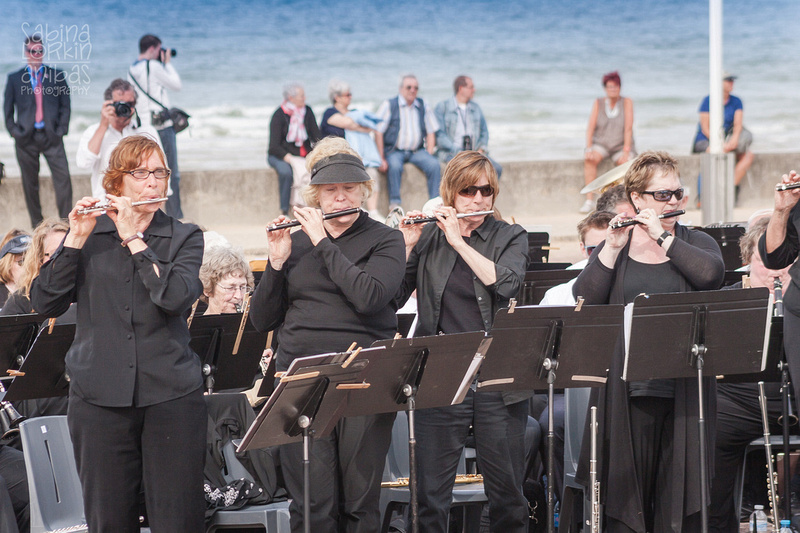 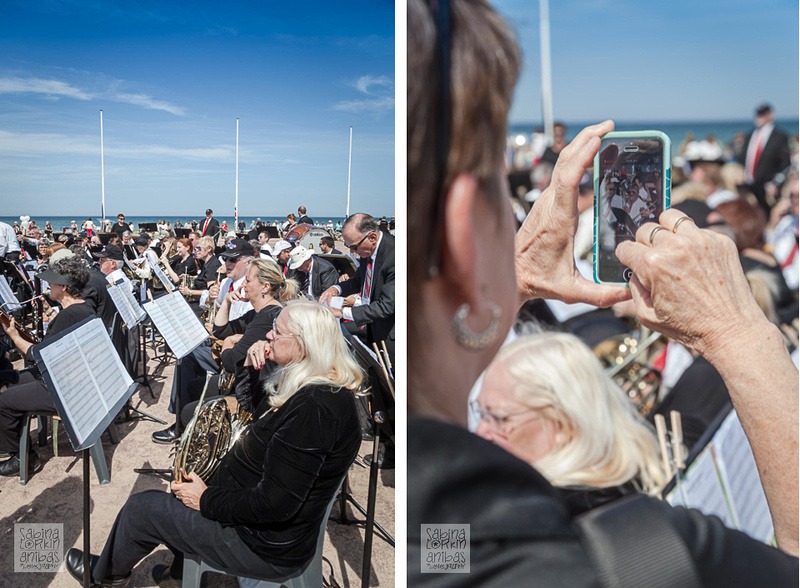 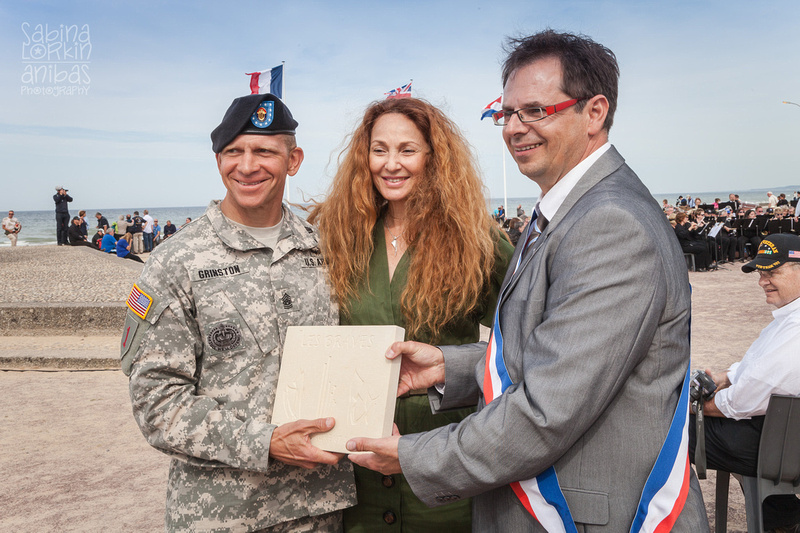 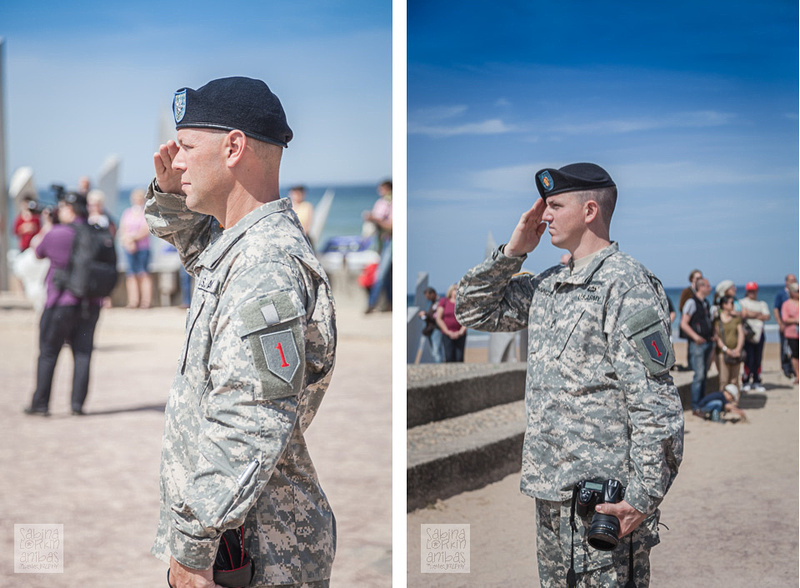 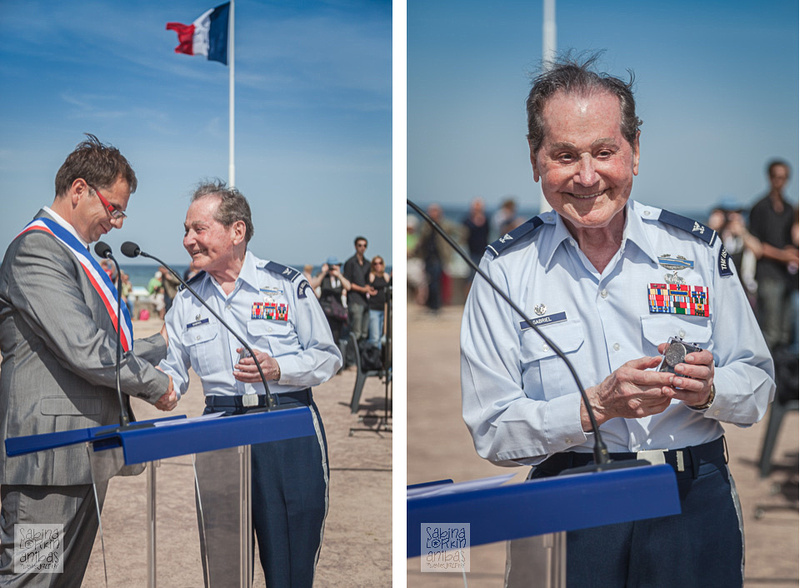 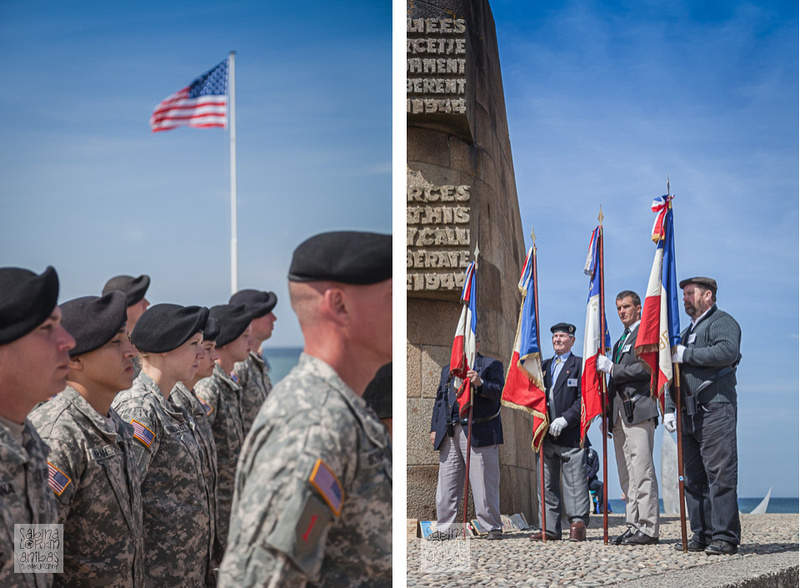 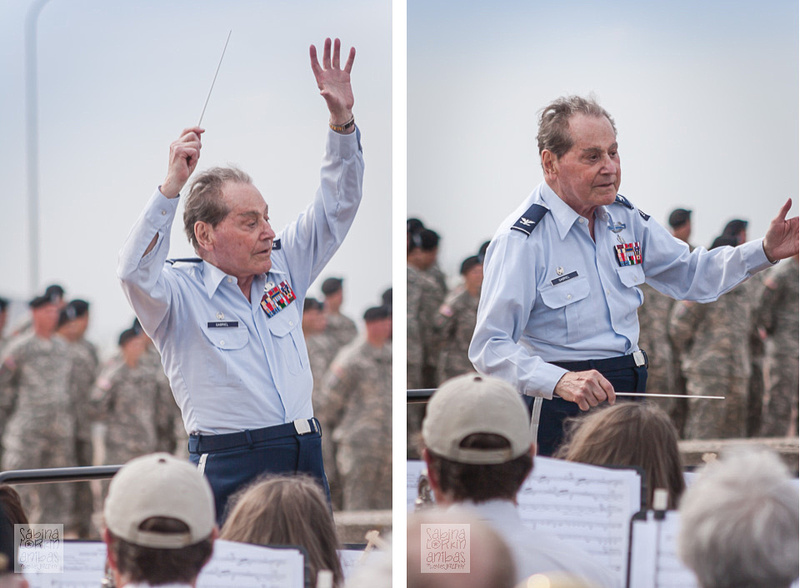 they played a wonderful melody of several songs that were the music for different American regiments and beforehand any members of the orchestra (and there were many) and D-Day veterans attending the ceremony were invited to stand when their regimental song was played. This was a fabulous idea that gave the crowd the opportunity to see, applaud and respect the various US army veterans in turn. 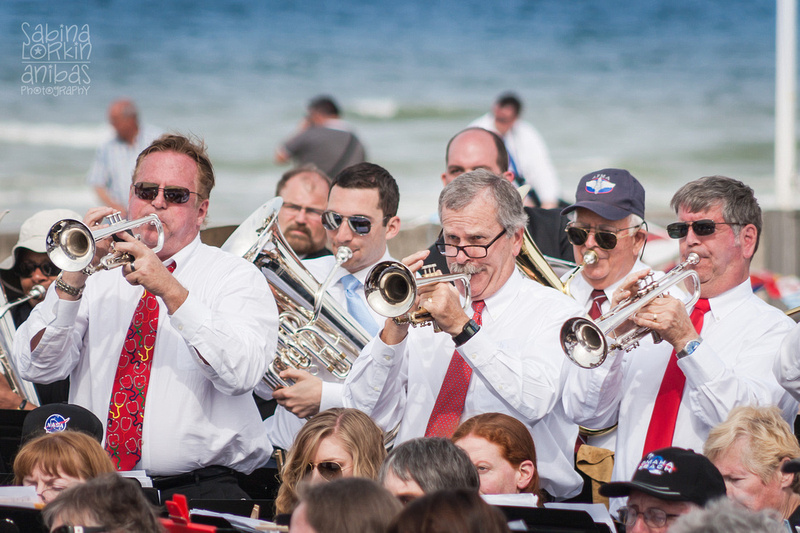 Although Colonel Gabriel is approaching his nineties you can clearly see how much he adores continuing his fabulous work as Conductor emeritus of the US Army Band. 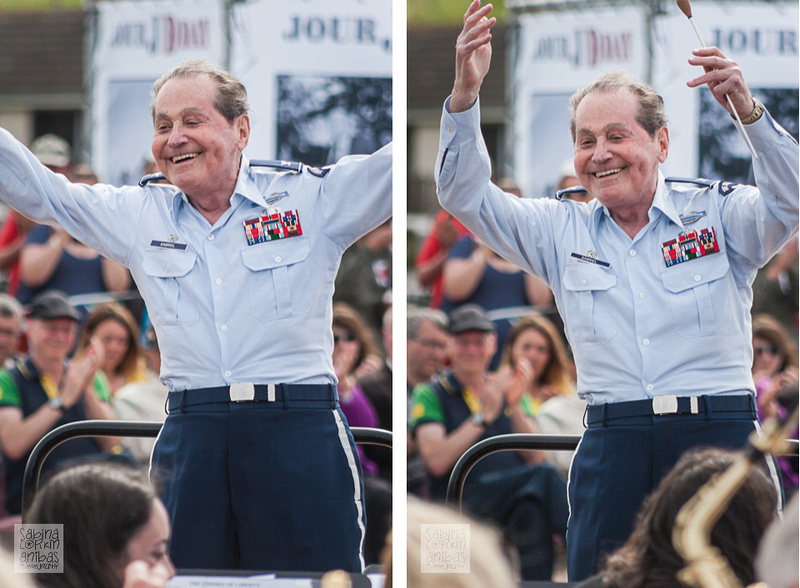 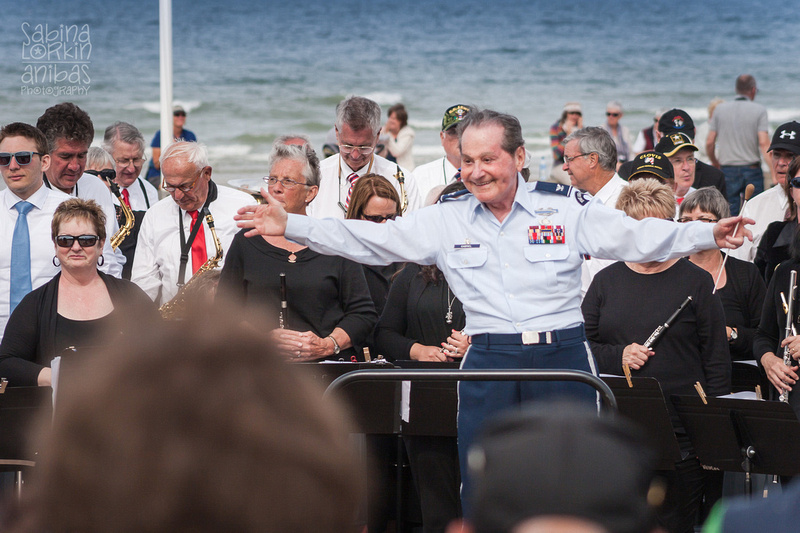 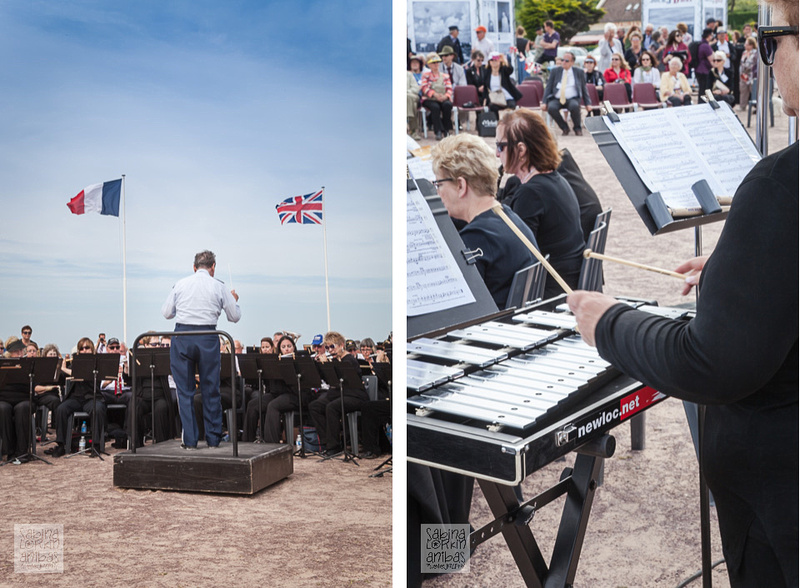 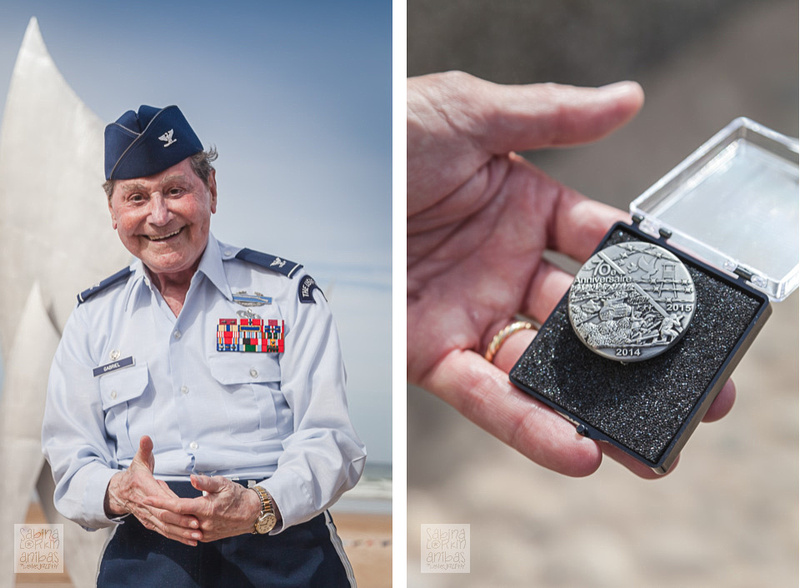 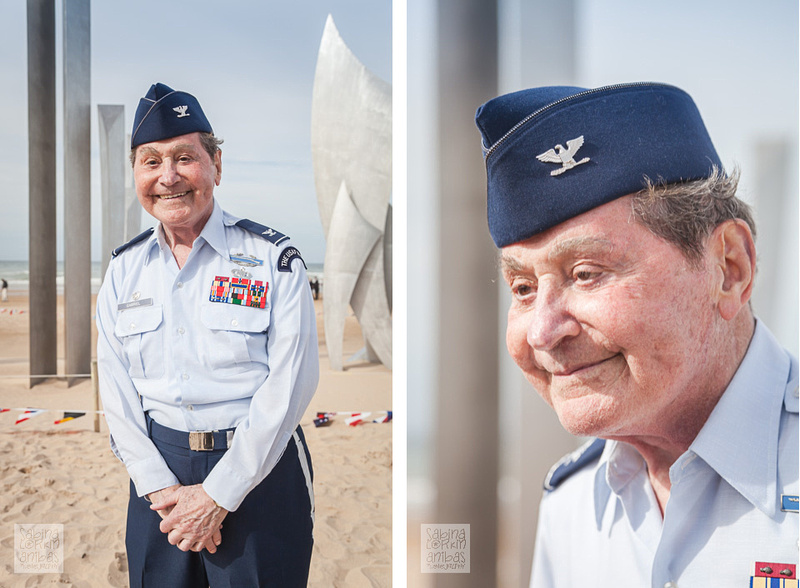 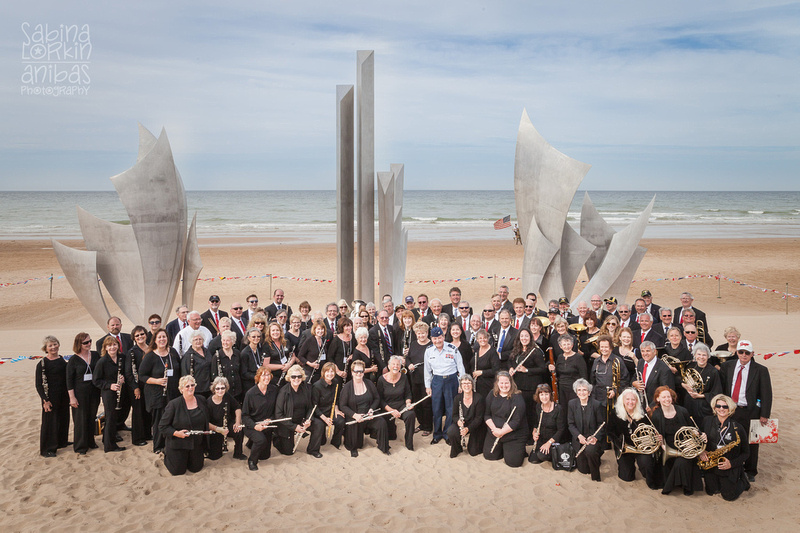 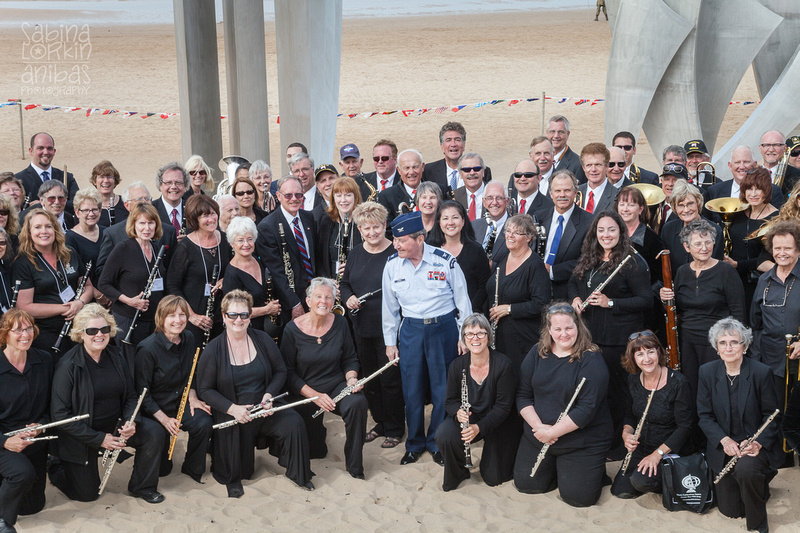 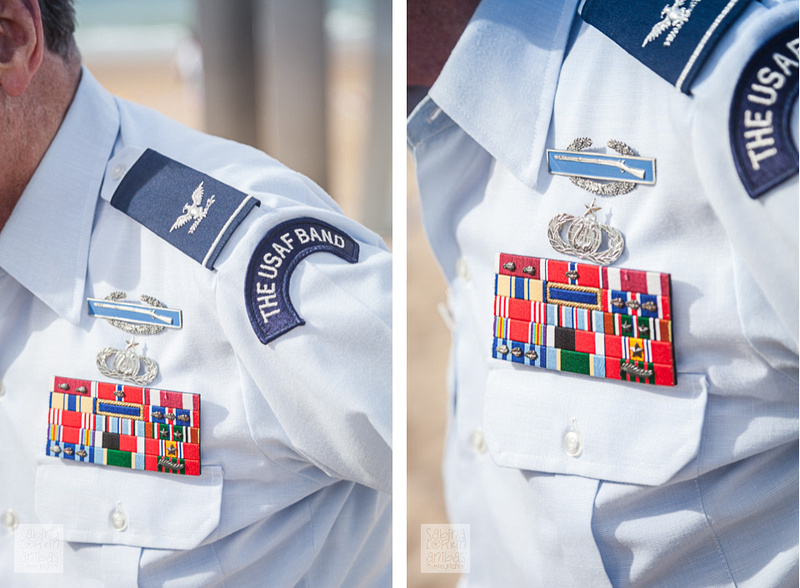 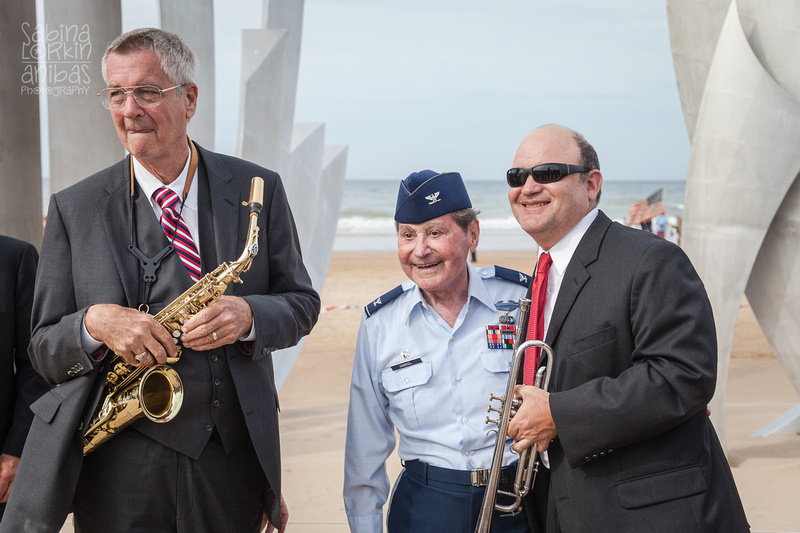 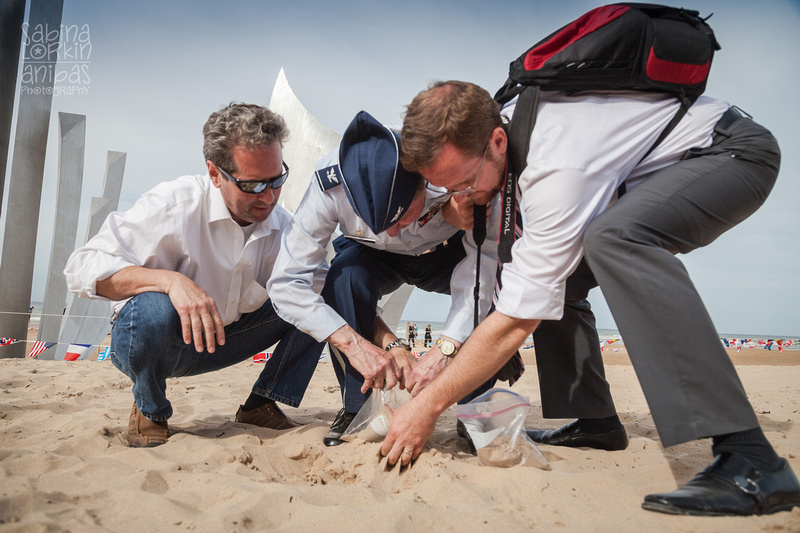 Here is, fo me the most moving moment of the day. After the concert and the group photos, when most people had headed away, Colonel Gabriel, (who was approaching his nineties don't forget) bent down to put a few handfuls of the Omaha Beach sand in a bag to take home with him to the US. The reason it bought a lump to my throat was that when asked if they could do it for him, I heard him say politely but firmly that he was going to do it himself. At that point the viewfinder on my camera looked all blurred as my eyes filled with tears.

I'd like to thank once again Music Celebrations International for asking me to photograph their participation in the Official Ceremony at Omaha Beach that allowed me not only to capture but experience the event and meet Colonel Gabriel and his family.