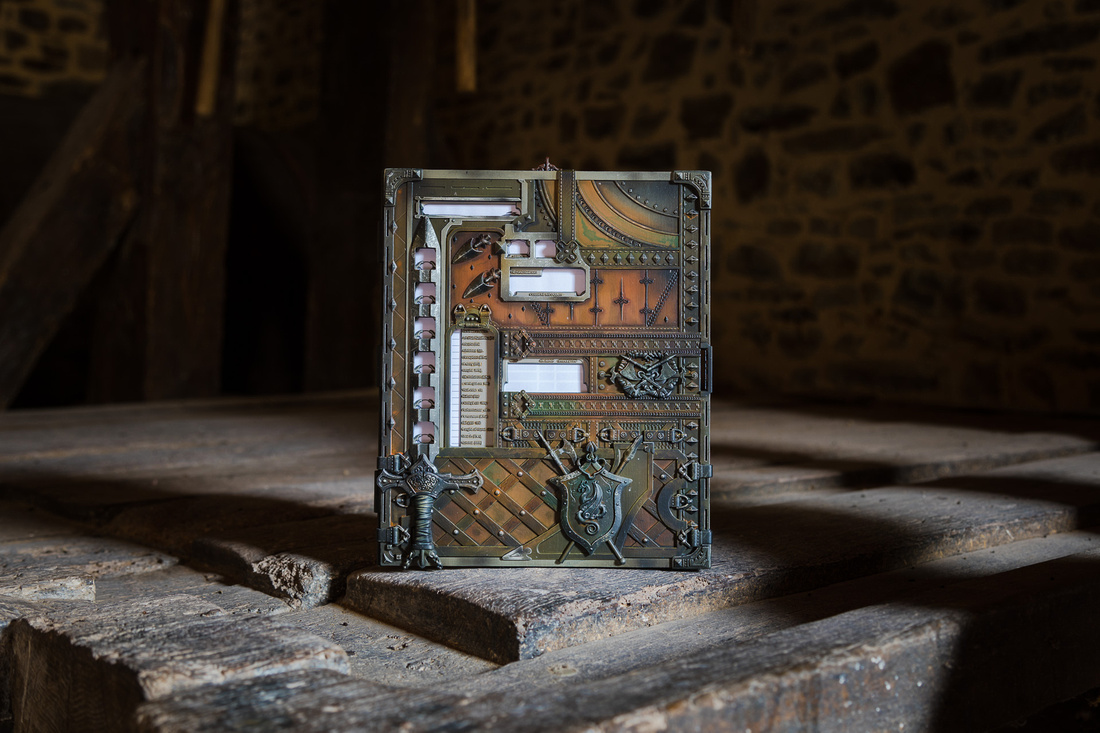 Here is the second part of my blog about the wonderful project I carried out for Archvillain Games to help them launch their Dungeons and Dragons 'Gauntlets'. If you haven't seen it discover the beginning of the project and the beach photo-shoot in Normandy, France.

My original intention was only to shoot in the medieval ruin of l'Abbaye de Hambye and I'd been given permission to be there in the evenings after the abbey is closed to the public. This was fantastic as it allowed me full use of all the angles with nobody in the background which really was ideal. Then, I was offered the opportunity to use some of the the rooms that are open to the public that are part of the former monastery, on the condition that these had to be locked after closing and therefore I was only allowed to film during opening hours and had to be discreet and work around visitors to the Abbey and guided tours that would be happening. It was a challenging situation but one that I couldn't miss.

The first photos were taken in a room that featured and old large cider mill and press (Normandy is famous for it's cider production). Placing the Gauntlets here allowed wonderful daylight to stream through the small high window, whilst keeping a darker background, highlighting the gauntlets.

Here I experimented having brought with me a blue light to give it a more dramatic look. 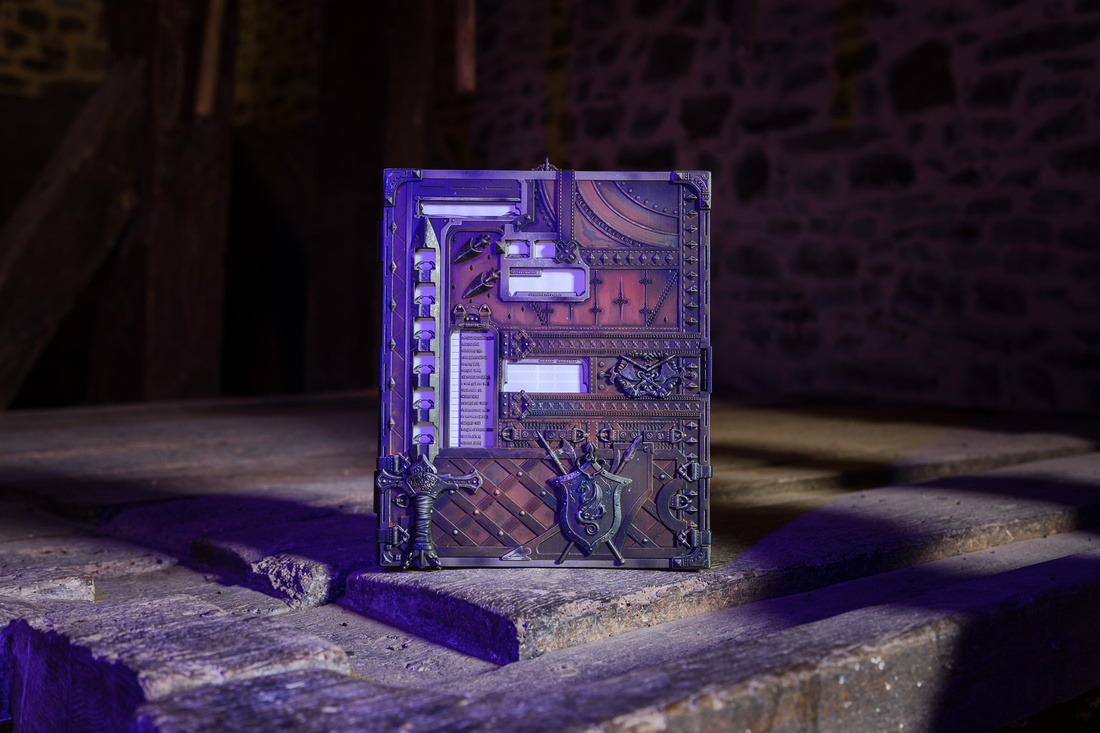 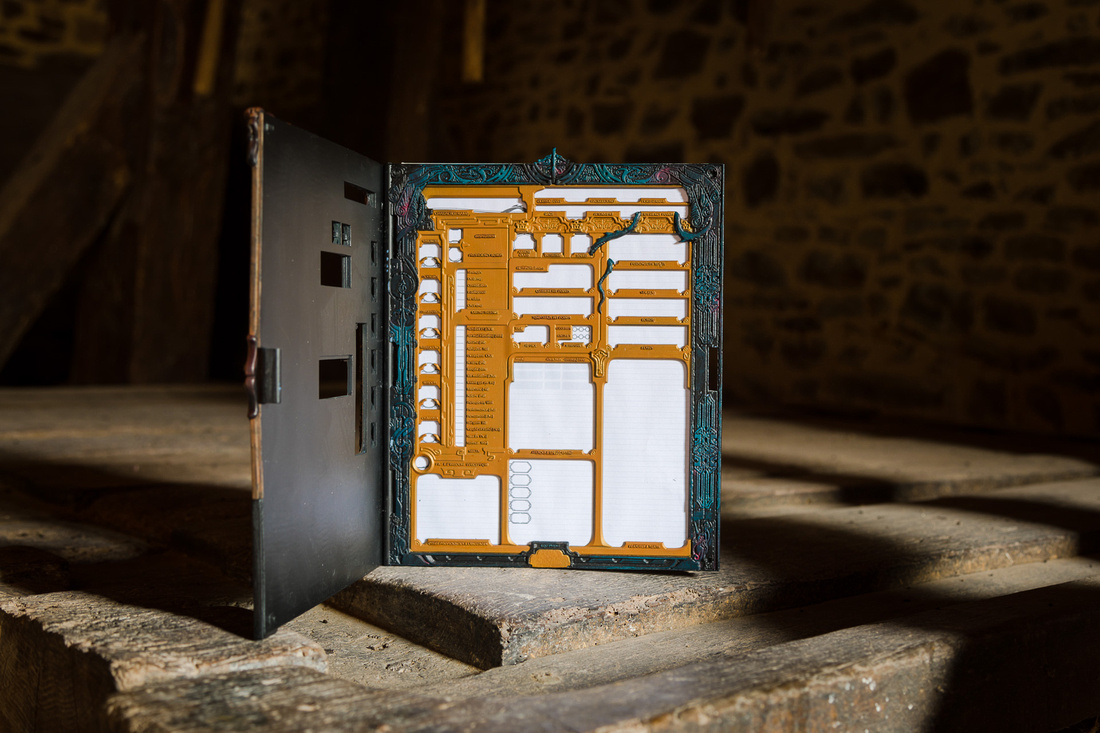 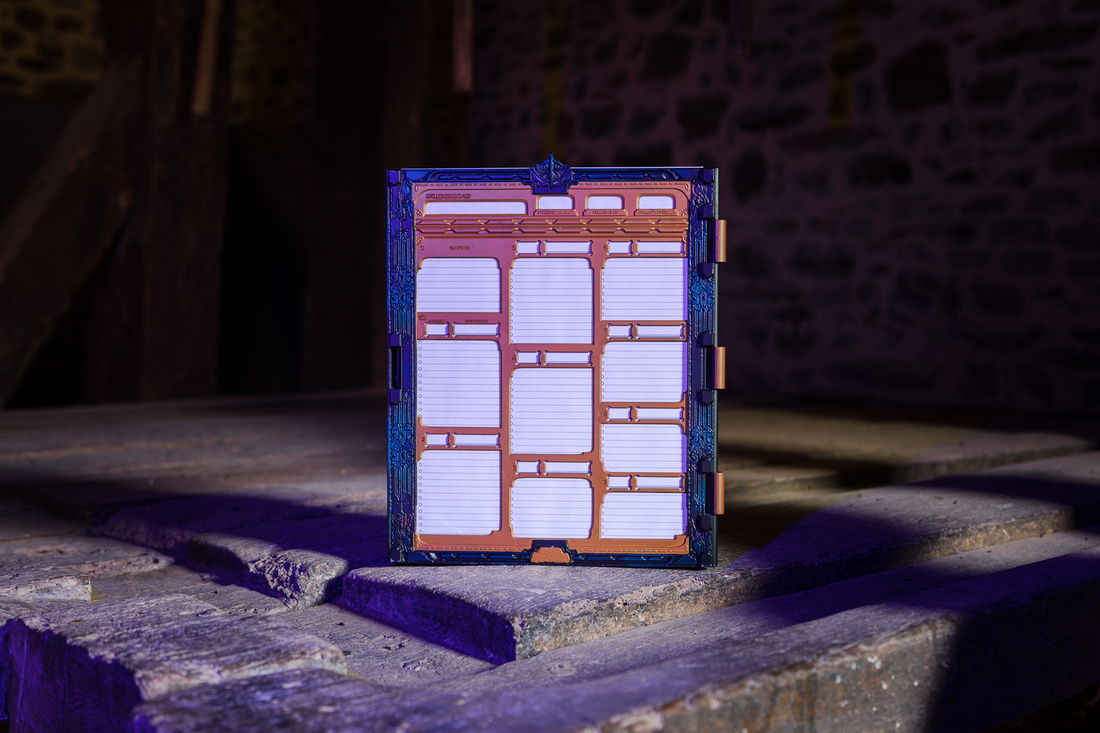 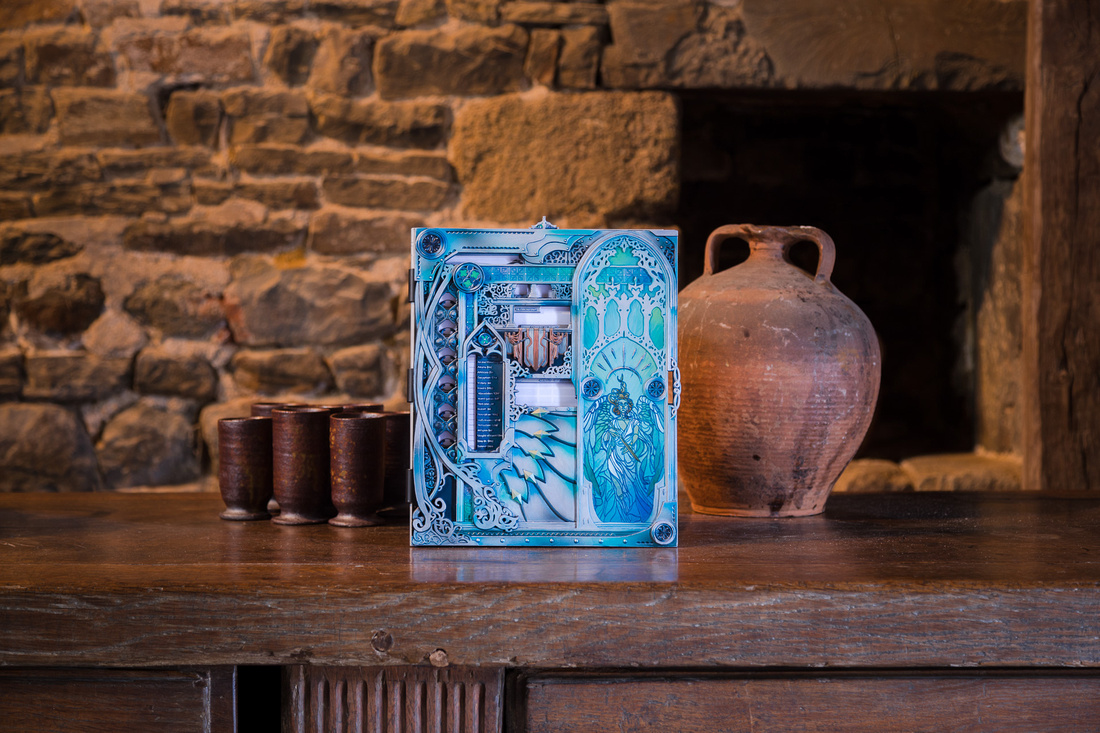 The following photos were taken at an amazing little spot found in the medieval 'kitchen' of the former Monastery, which is actual within four metre wide chimney. The natural light was just perfect at the moment that I was in this room, although I did have to stop a few times as visitors came in and even a guided tour at one point. 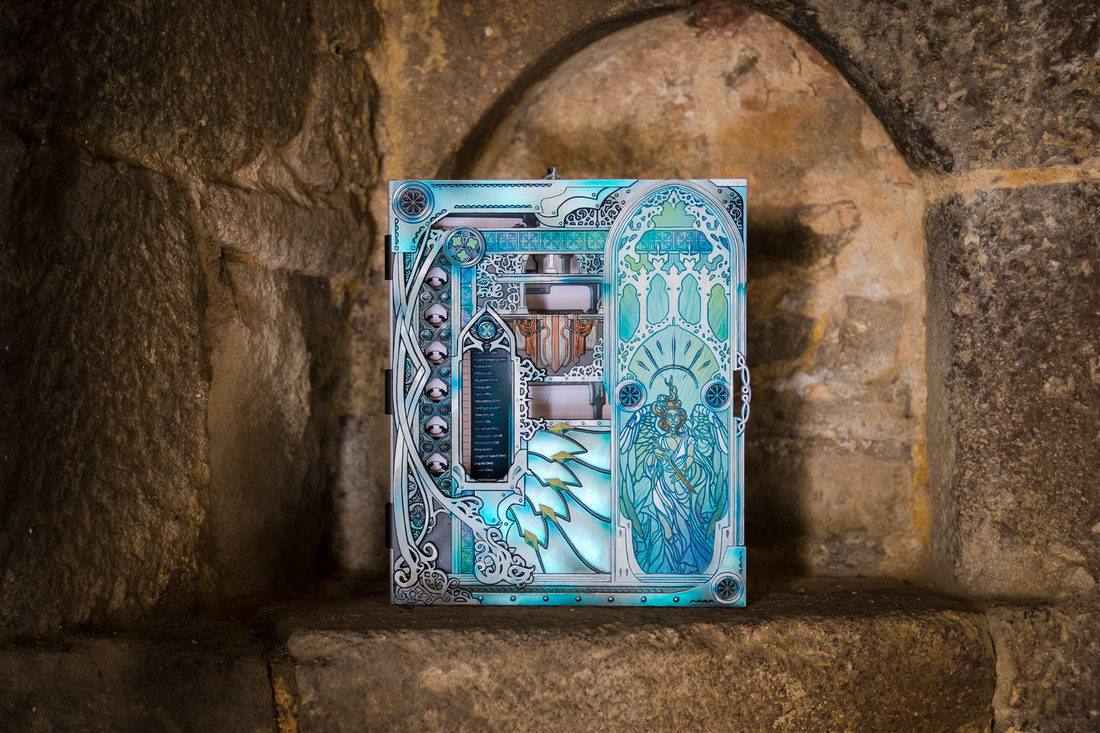 Again I experimented with the blue light to give a dramatic look that seems purple. 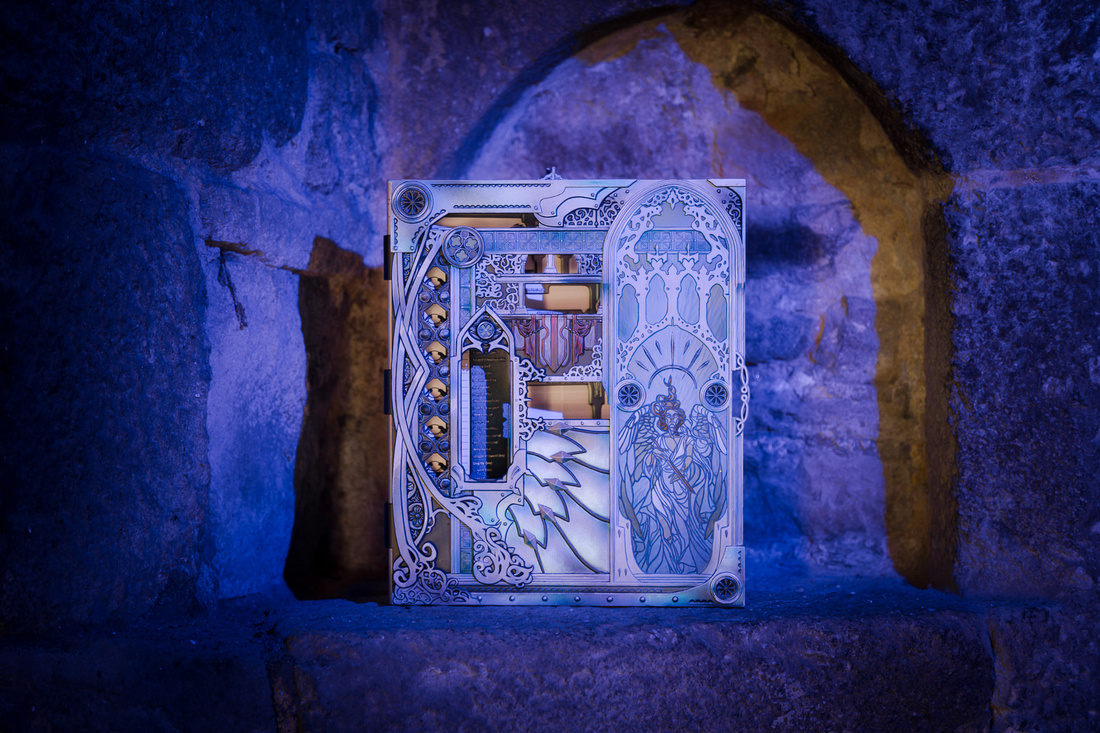 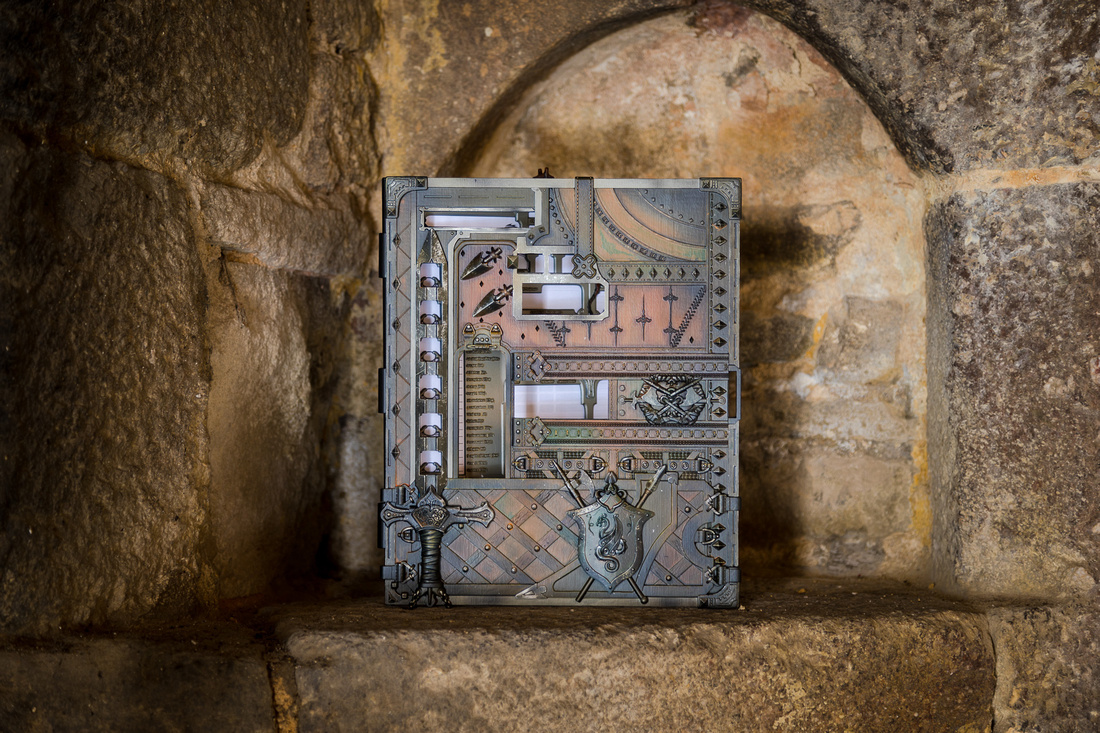 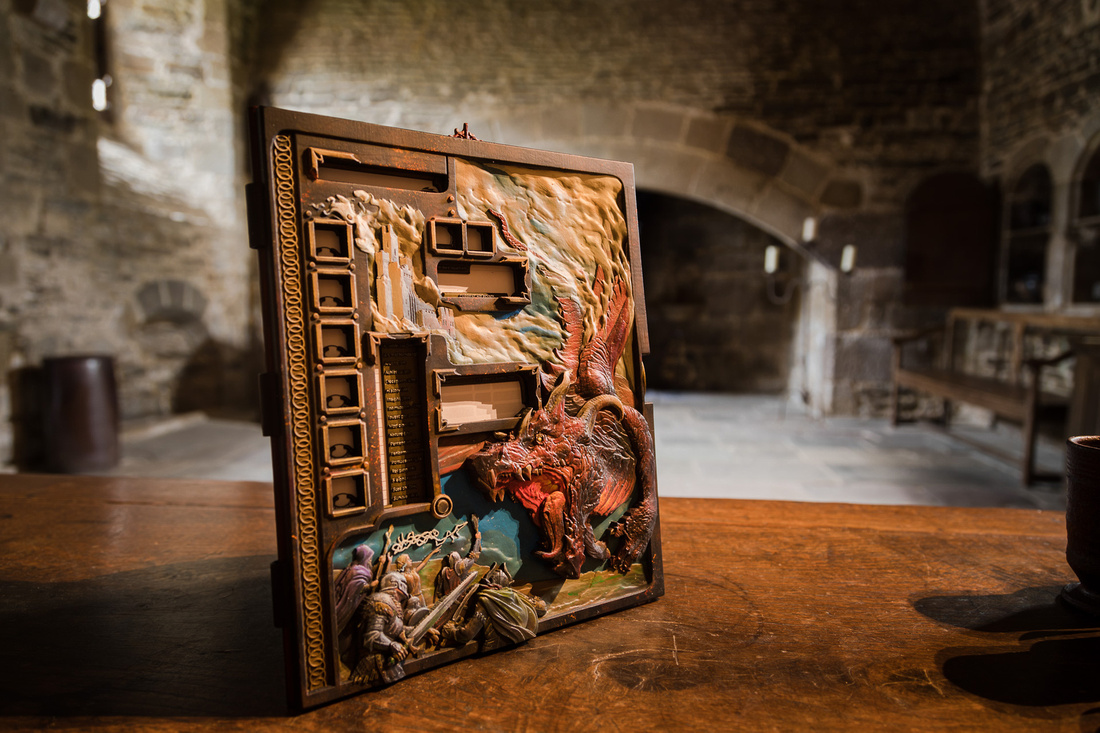 Here you can see the enormous chimney in the background where there was the little shelf area that I mentioned earlier. 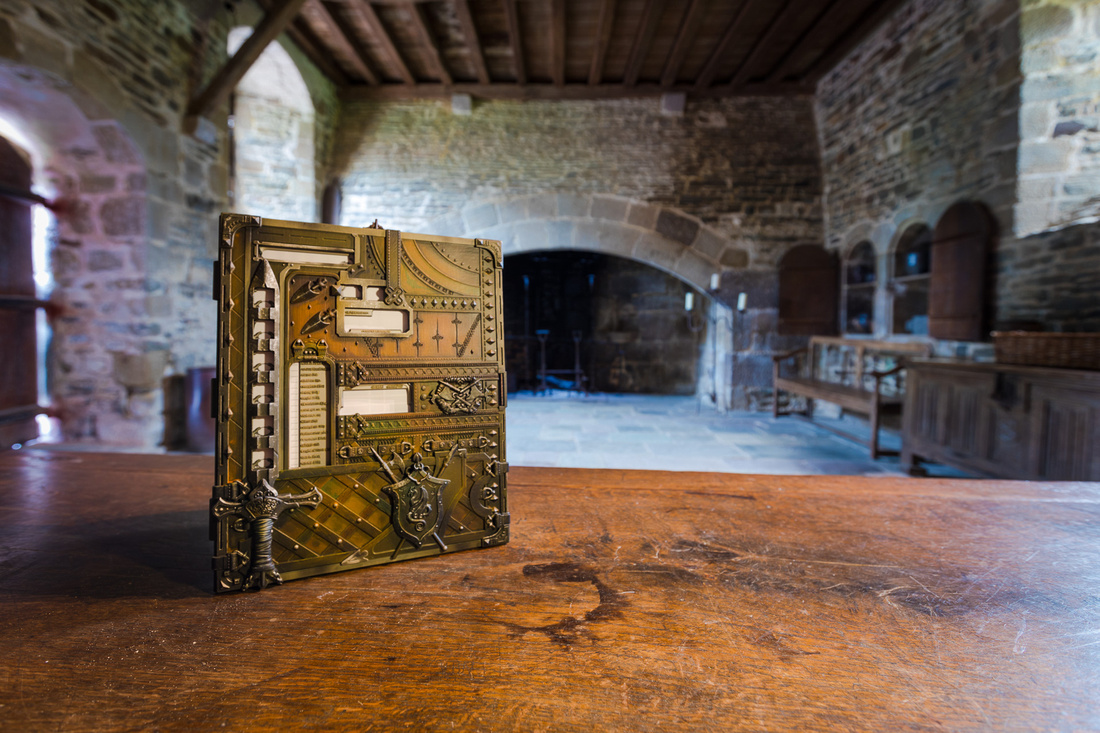 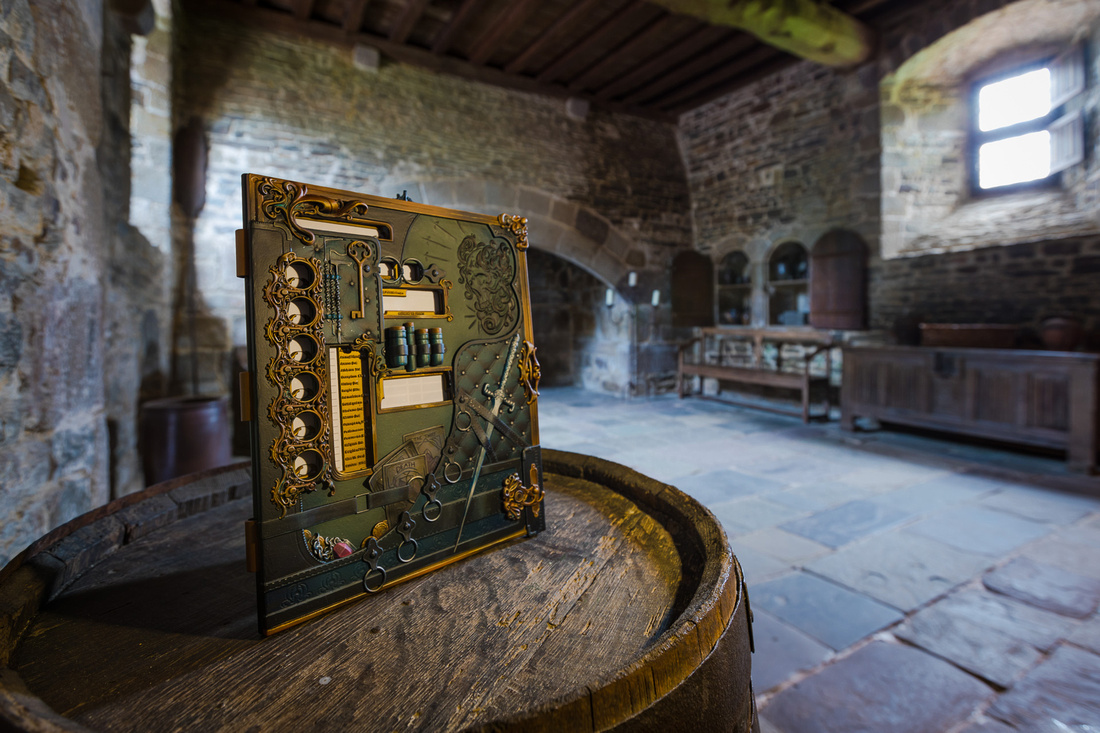 I loved the light at the time I chose to do some group shots. It really brought out the location and its medieval look. 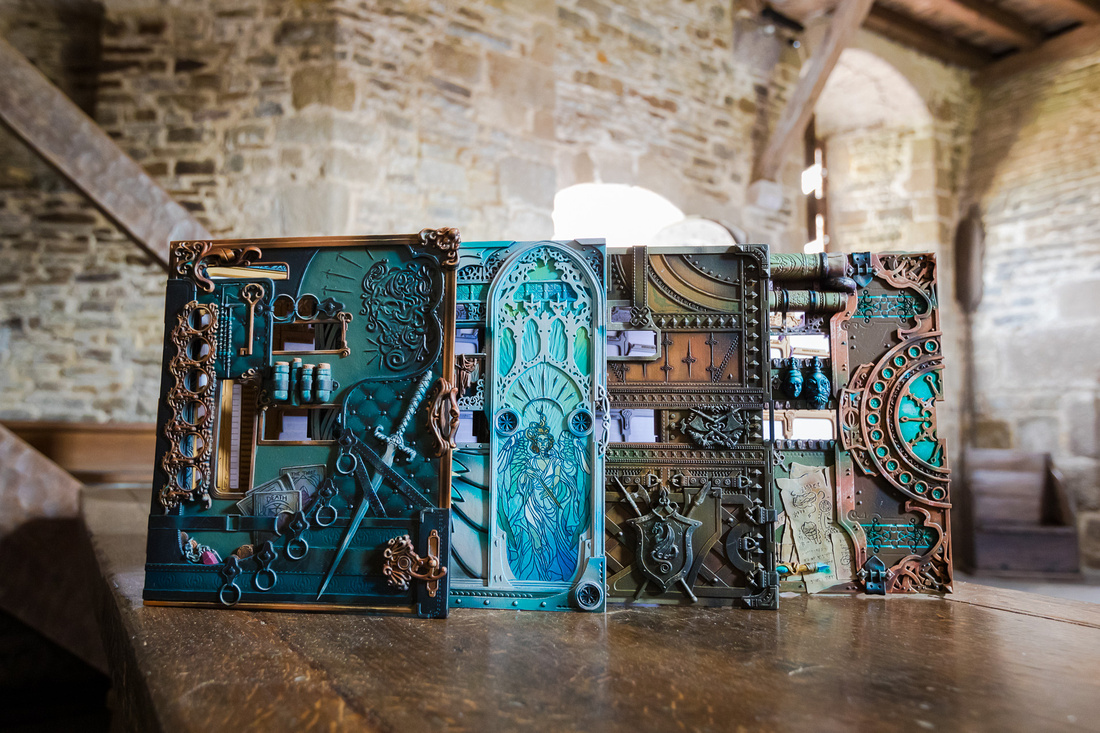 Moving outside into the Abbey ruin itself, first went to another little 'shelf' area that was perhaps once a window. It was mid-afternoon and I knew I needed to make the most of the natural light at that time as it was just perfect to me. 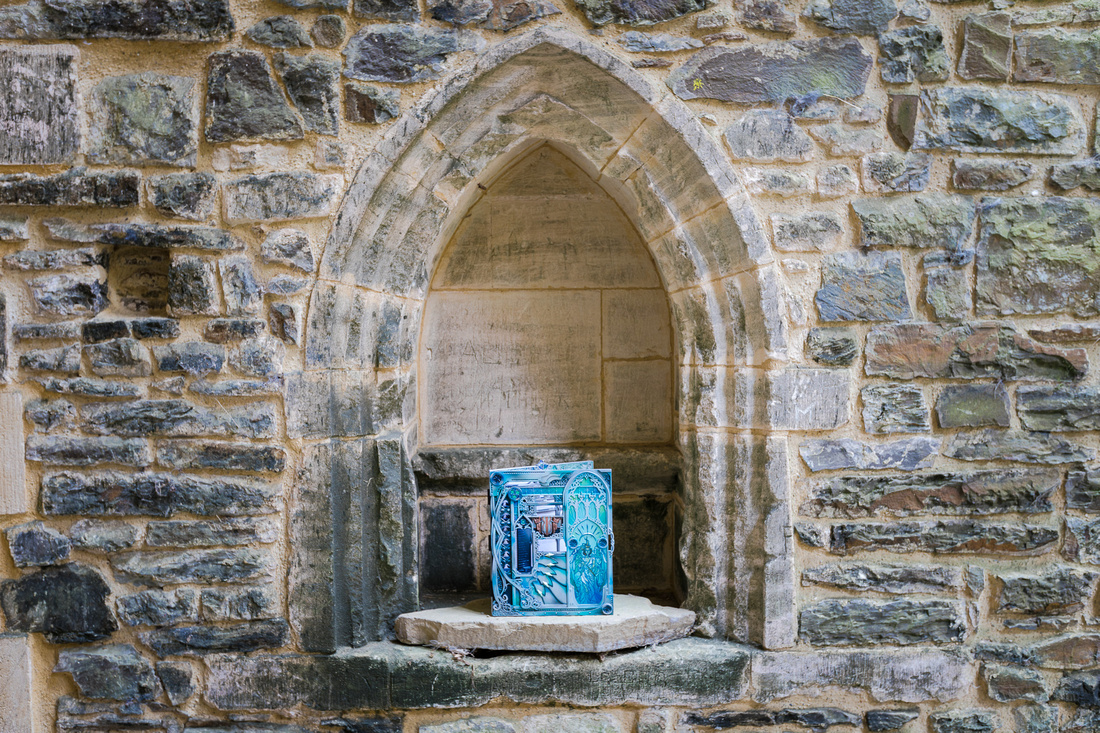 Here I not only photographed but filmed a lot as I felt it was a great spot. Archvillain Games obviously felt the same too as many of the video clips and photos taken here featured heavily in the two teaser videos and the main launch video. 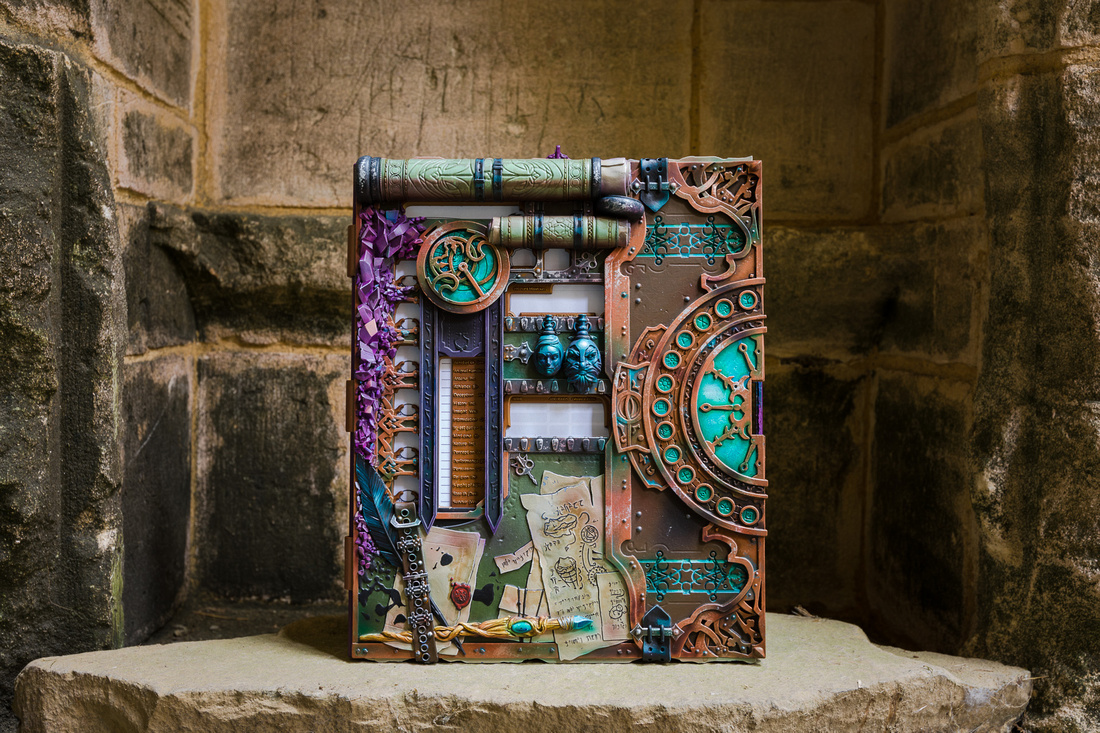 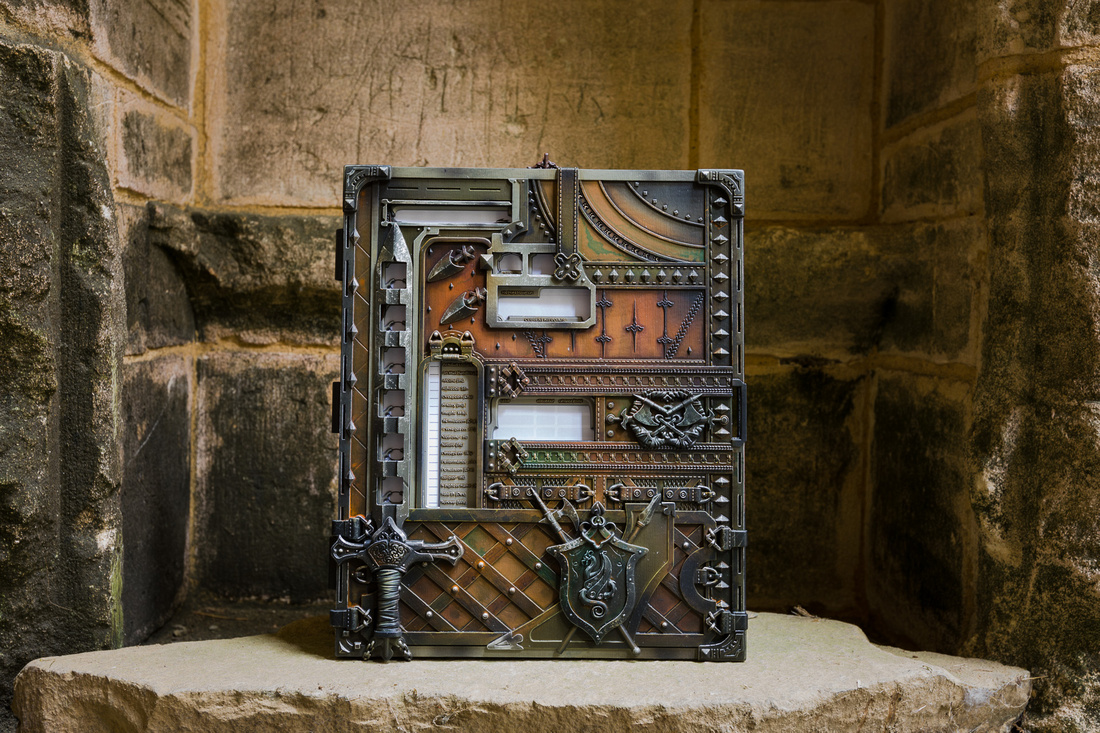 For those who can't wait to see a little of the video work, here's one of the teaser videos created before the crowd funding launch...

ps Make sure you turn your sound up!

In the main ruin of the Abbey de Hambye I then photographed the Gauntlets individually and then filmed them both individually and as sets. In this spot I used fallen stones of the abbey as the support. 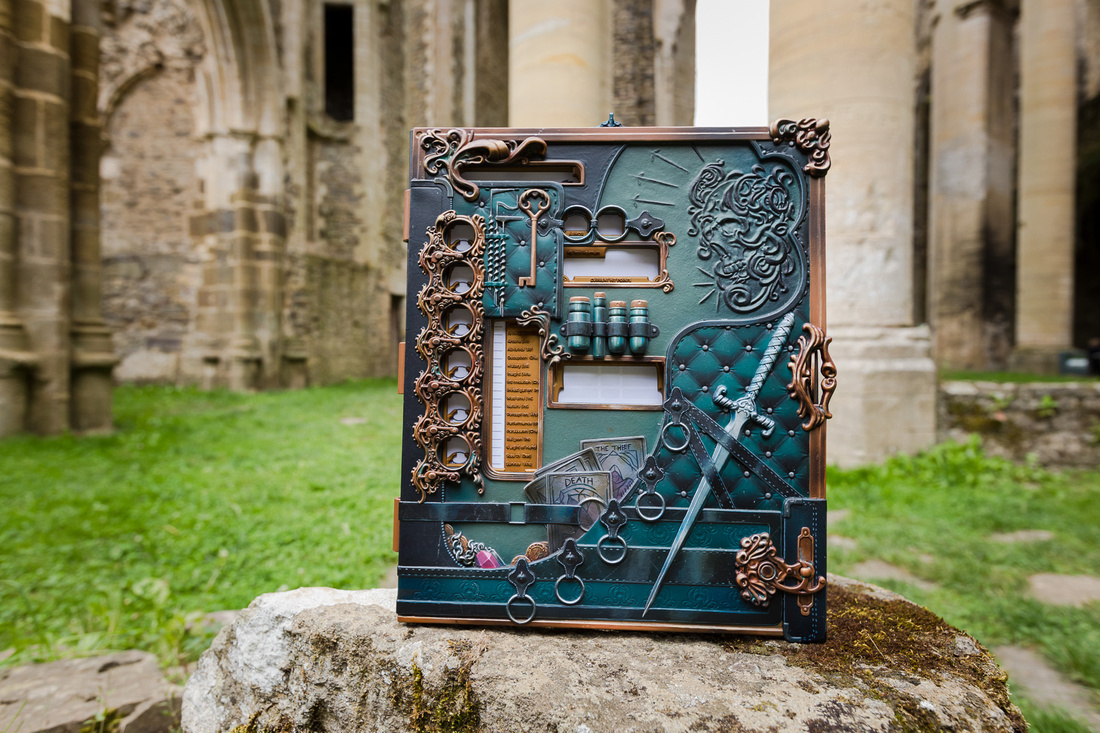 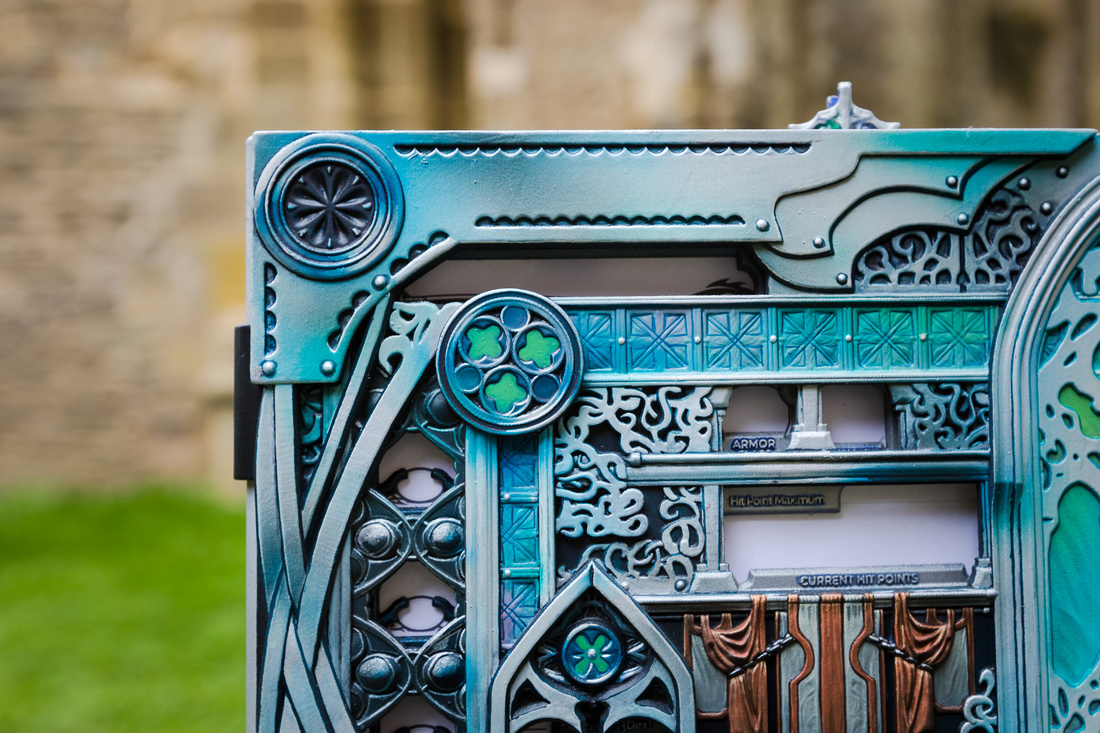 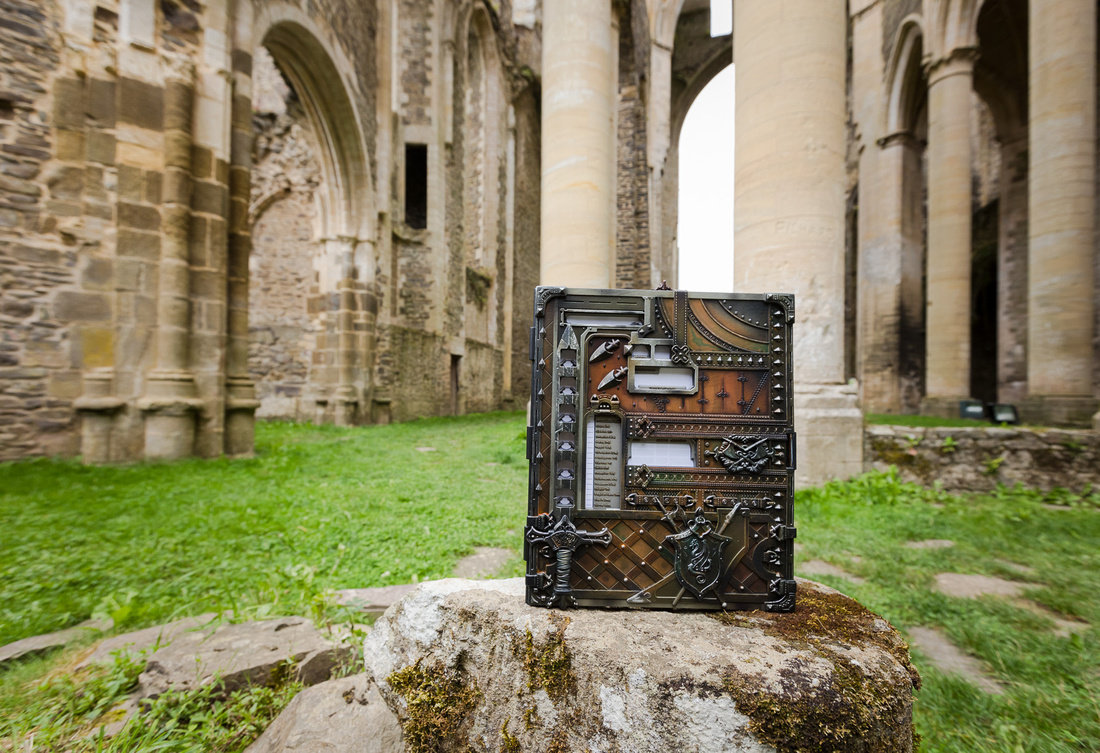 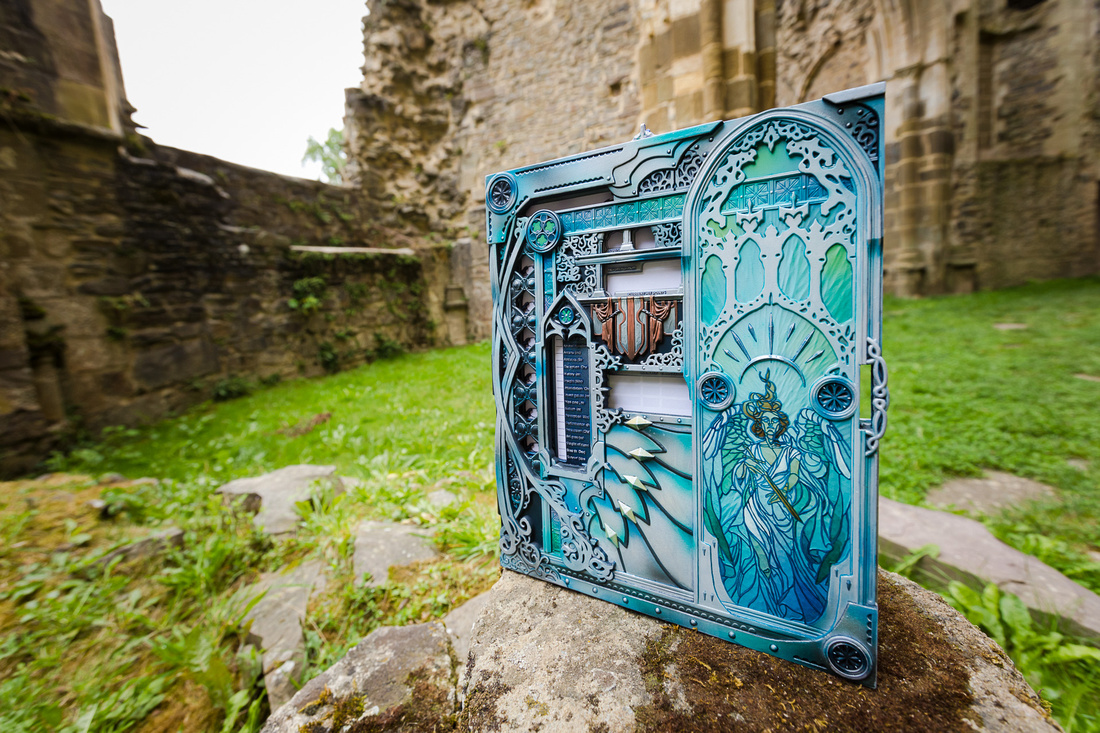 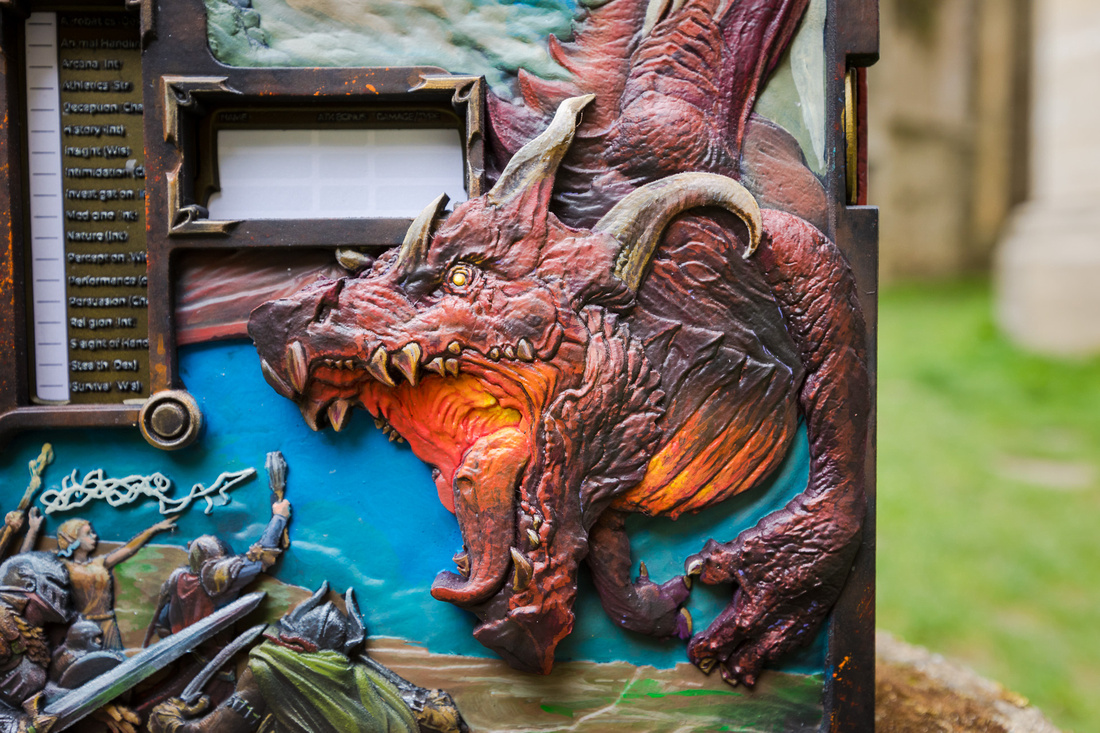 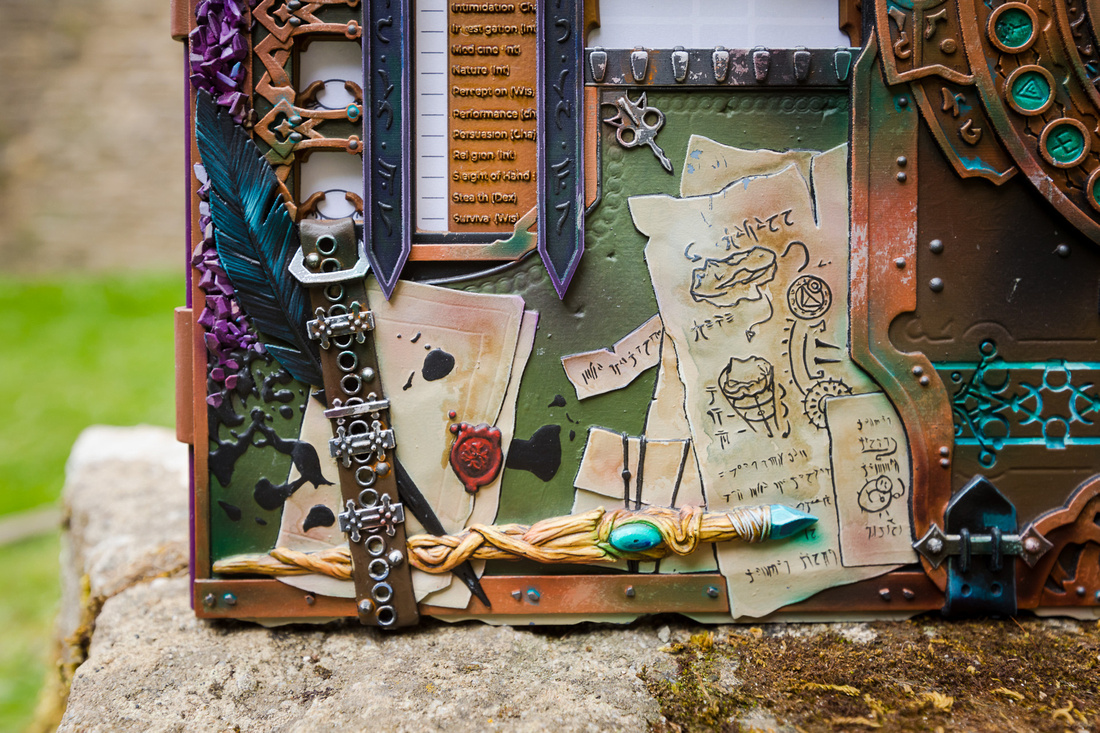 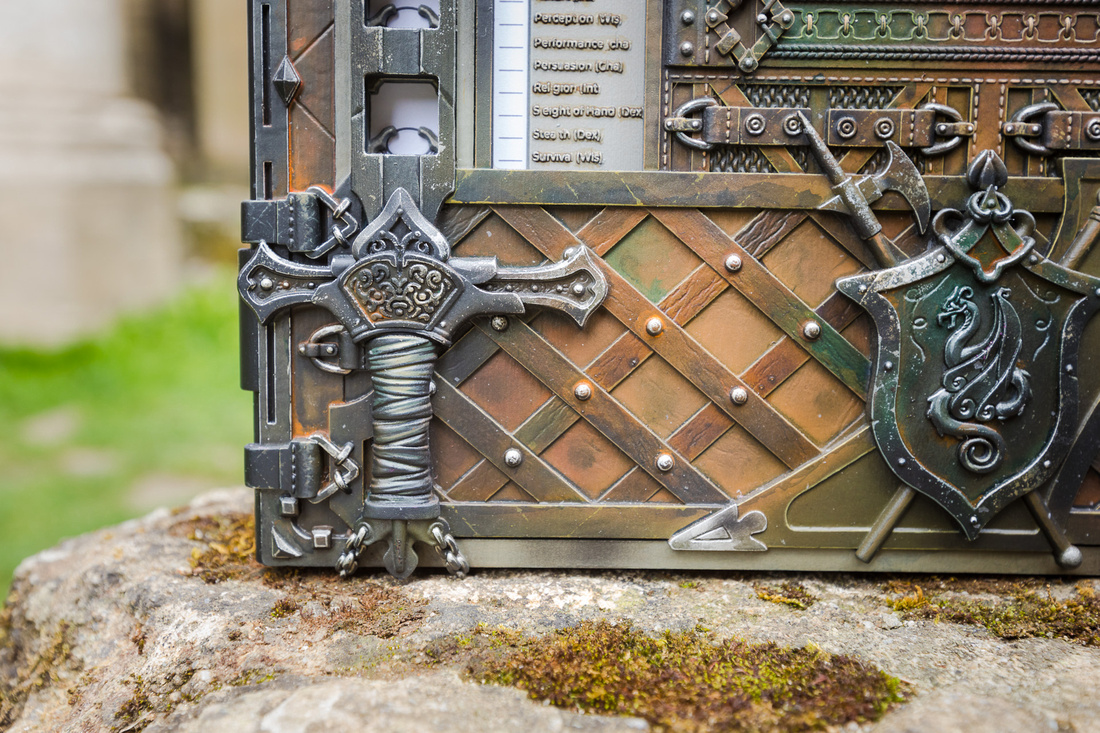 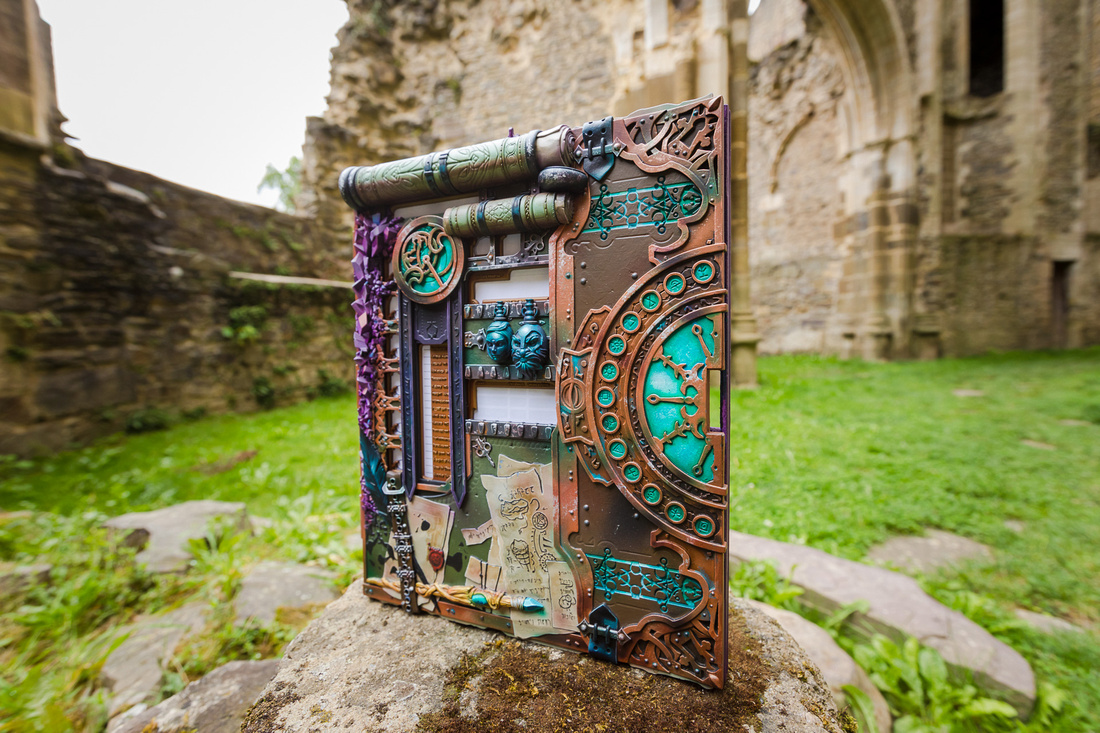 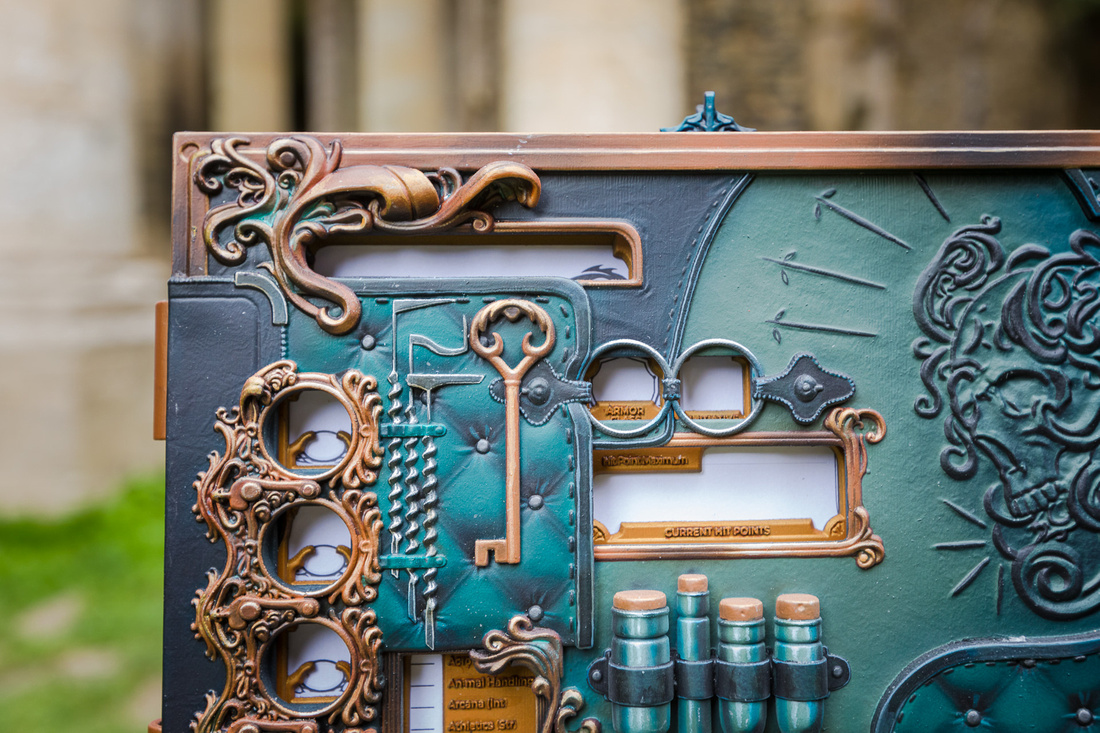 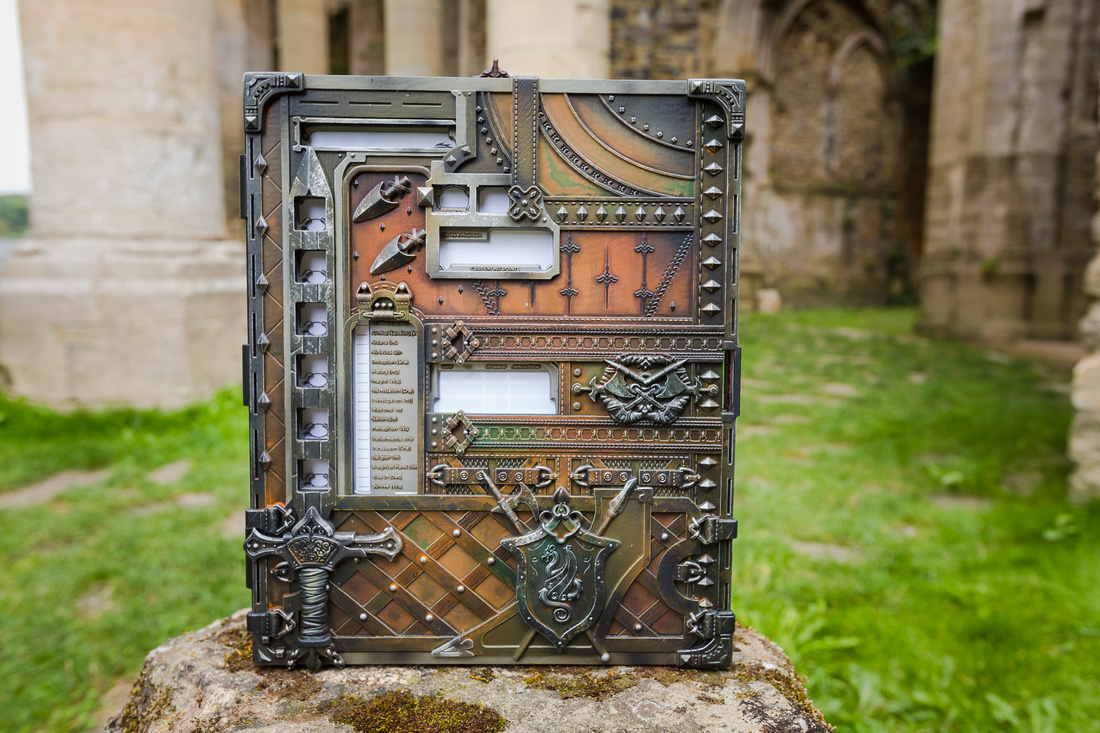 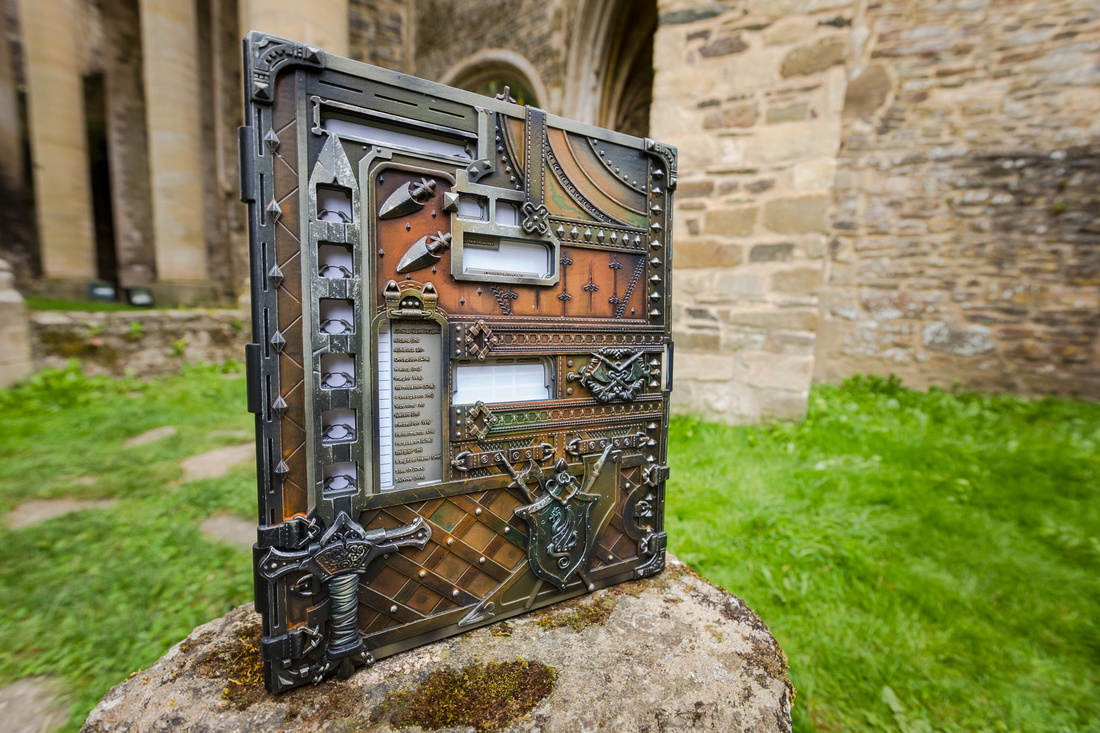 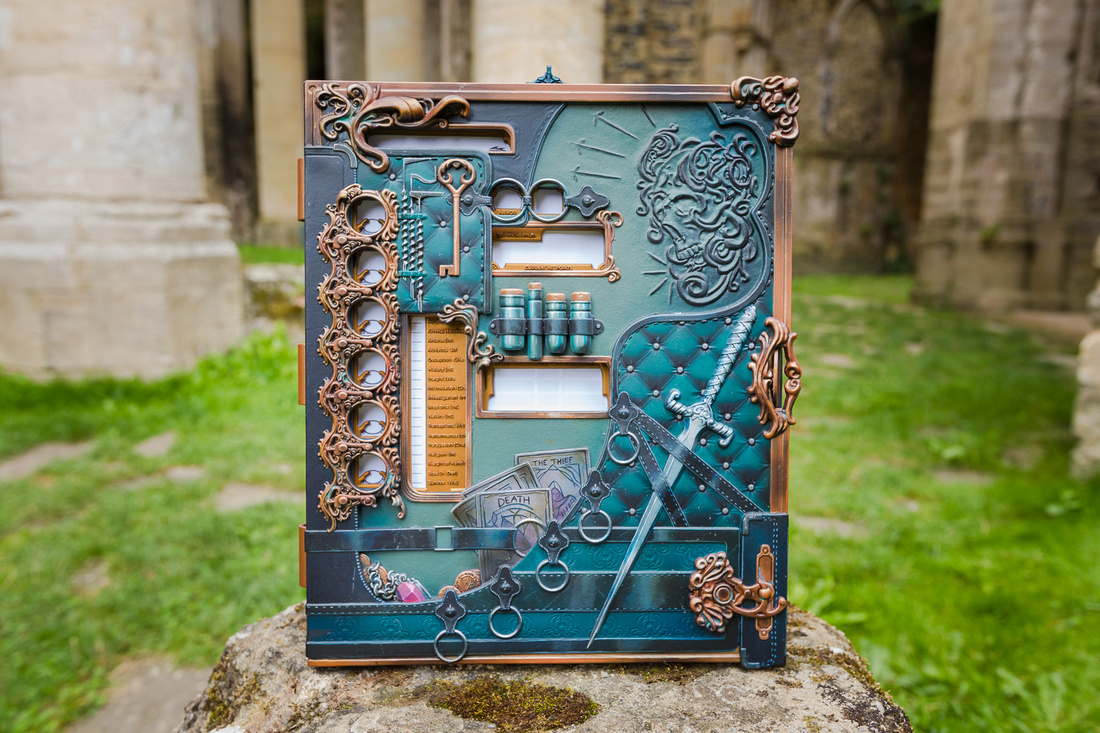 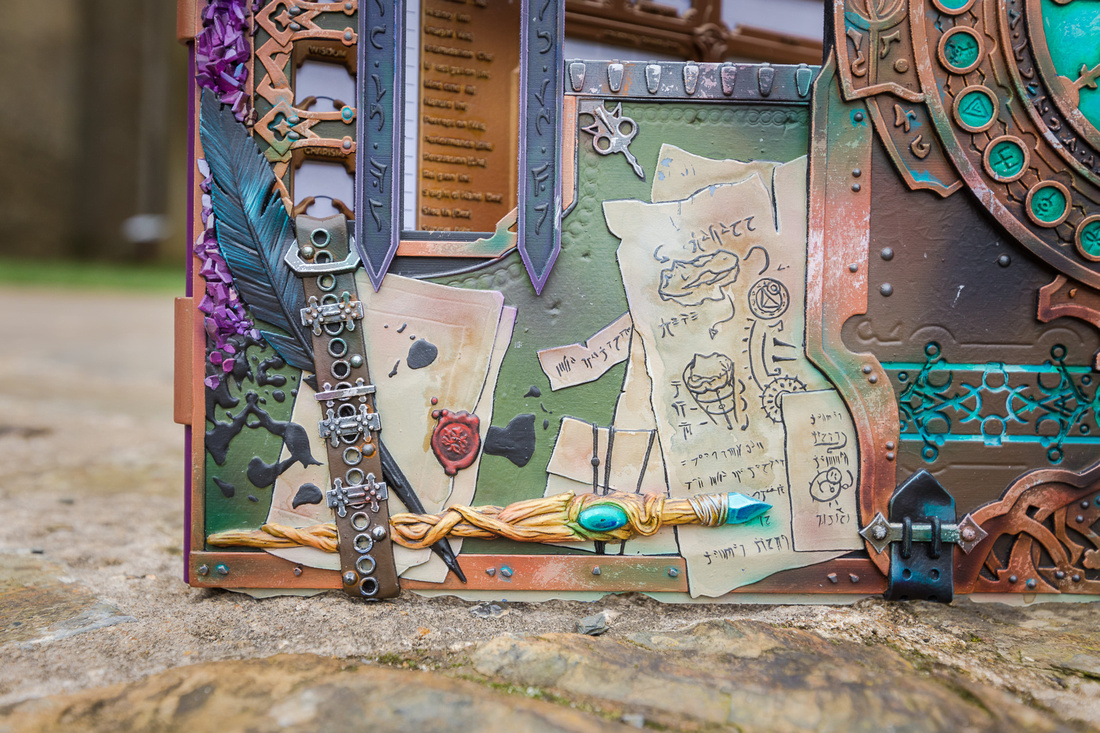 I carried this out over two evenings making the most of the setting sun creating dramatic contrasts for the final film clips. 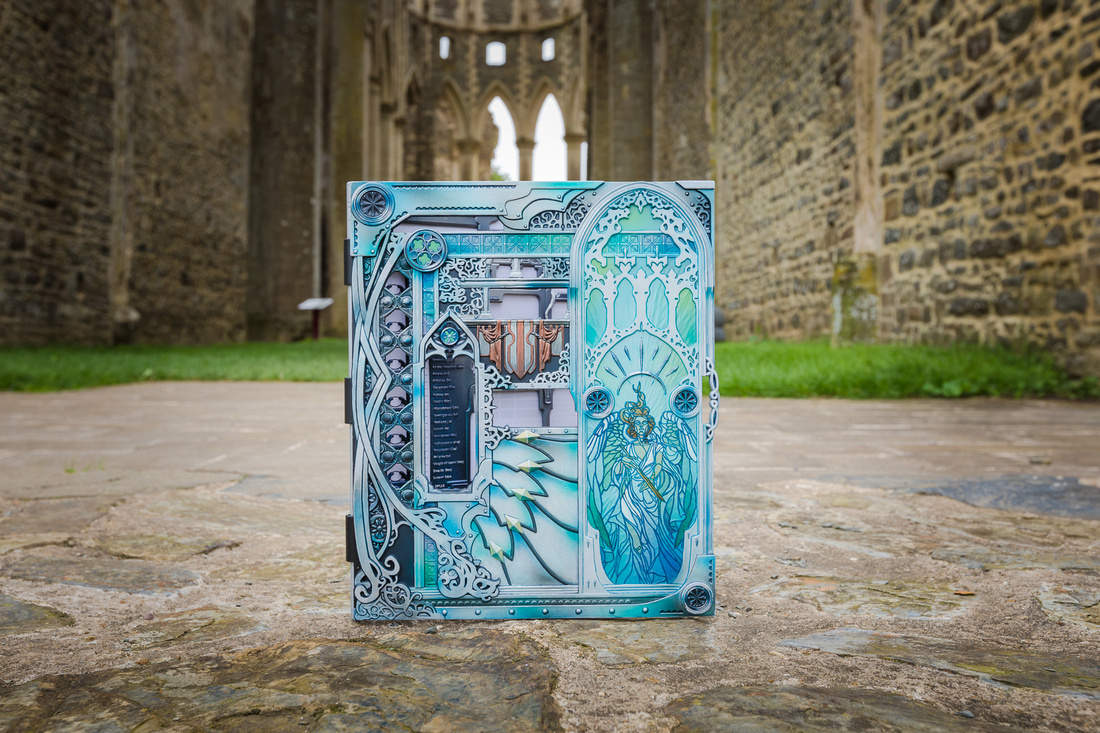 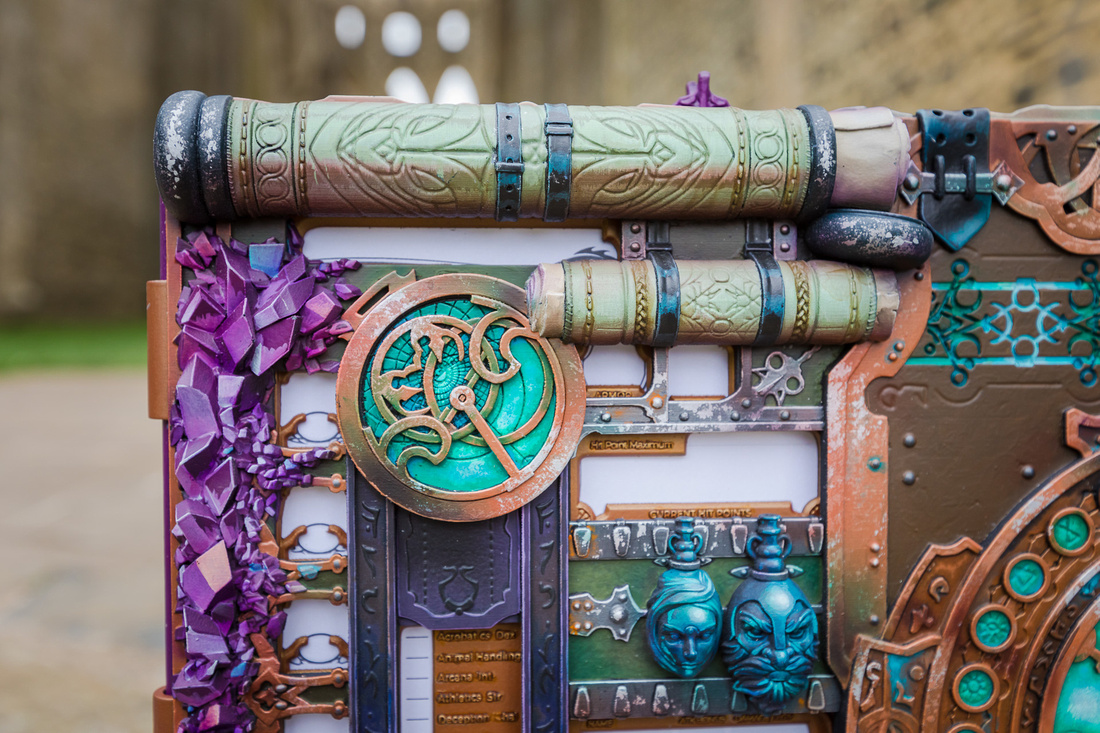 I'm proud to include this testimonial from Konstantinos Martinos, co-founder and owner of Archvillain Games

"Working with Sabina and Anibas Photography was a pure delight. Archvillain Games worked with Sabina to bring our vision to life in the most creative of ways. Her deep knowledge of photography, her imagination and resourcefulness produced an astonishing result that helped us push the message of our product and our startup company to our customers. Sabina secured one of the most iconic locations in France for our photo-shoot and worked with diligence to produce media assets of the highest quality, delivering immense production value.

All this was accomplished without us even being there! The level of communication and diligence from Sabina is really something i can talk hours about. For our brand, it has been a valuable experience to work with Anibas Photography and a photographer that brings so much passion, imagination and hard work on the table. Personally, working with Sabina has been one of the funnest parts i have experienced so far with my startup company and i am proud to say i have made a friend in Normandy!"

In return I can't thank Konstantinos enough for his input and communication. I really felt that I was welcomed to become part of the team and his non-stop enthusiasm and compliments for my work made the whole project an absolute pleasure.

If you're itching to see some video, here's the first teaser video produced from my clips - 40 seconds long. Make sure you turn your sound up!